A final warning for us and for Ukraine 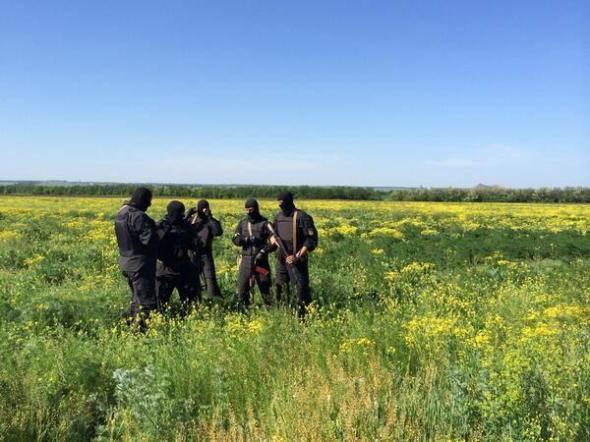 What is happening now in the Donbas is a final warning for Ukraine. History leaves us no choice. Either we create a new political reality, or in a couple of years we will be chasing “Babays” [bearded separatists] around Kyiv. We cannot sit this out.

What is happening now in the Donbas is a final warning for Ukraine. We are witnessing with our own eyes the collapse of the state, which happened because of twenty years of our neglect towards it.

An army that does not want to fight and surrenders its weapons, tanks that do not run, SBU and police who side with the separatists, border guards who freely let through enemies of the state, traitor politicians who robbed our budget with impunity for many years, and who now use this stolen money to finance war against their own country. And we allowed all of this to happen, this is all our fault, all because of our uncaring attitude.

For a long time we thought the country had an endless supply of strength, that corruption would not be able to rot and destroy it. We thought that we could remove ourselves from politics forever, standing aside, voting against everyone.

It was so irresponsible and so easy. We could do nothing and be accountable for nothing. Government issues were never our problem. We were too busy to take part in it all. We happily delegated it to someone else, who promised to do all these things for us. And now–this lightning bolt out of a clear sky. Turns out, the state is not infinite. Even something this damn huge has a limited resource. No, goddamnit, this is not a dream. It all disintegrated into mold and lime honey.

It turns out that we have to be responsible for the consequences of years of inactivity. Turns out that nobody solved anything for us. Like at a construction site–nobody controlled the contractor, and he watered down the cement, stole the bricks, and cut corners. Behind a screen, which was put up for us gullible idiots, was just–emptiness.

Behind police badges there was no police, behind officer epaulettes was no SBU, behind the doors of cabinet ministers was no government. All rotted and collapsed in an instant. And we were left one-on-one against external and internal enemies, against criminals and terrorists, traitors and renegades. A government, which we refused to build and control, suddenly ceased to function. Oh, what a surprise, what a shame.

It seems that only now, for the first time in 23 years of democracy, we saw the extent of the catastrophe we created. Only now millions of our citizens have begun to understand how the government functions and what civil society is. Through sending SMS messages to support the army, we saw the principles that fill the budget, and that it is filled out of our money. We understood this too late, at the cost of huge losses and hard lessons, but better this way than not at all. Now we know what happens when you do not control your own government, when you are not a citizen but a wordless mattress and a lazy bummer.

We have gained this experience at the cost of a lot of bloodshed. And now we must do everything to ensure this was not in vain. Because these deaths are also our fault. Those who died, they died in part because of our negligence. Because of those who did not come to elections in 2010, who sold out for some food packages, who did not care about falsifications because “they are all the same.”

Looking at the list of those trying to break through into the Kyiv city council, looking at the names of the trustees of Poroshenko and the officials who continue to work behind Yatsenyuk and Turchynov, I find it hard to believe that the revolution triumphed. Traitors, political carcasses, thieves, collaborators–they did not go anywhere.

There became less of them because a part of their population fled, but the majority remains. And the Party of Regions, whose members now happily flock to “United Russia” and support separatist groups, still works in parliament, participates in roundtables and daily carries on its destructive work to wreck the Ukrainian state. That means we have not won yet. It’s too early to take your coat and go home.

The Maidan persevered in armed confrontation. And when the war ended–it went home, leaving the job of rebuilding the world to those who until now have not built anything good. The best of a bad lot. After showing miracles of bravery, fortitude and self-organisation, society decided its work was done. And voluntarily gave way to experienced crooks.

That is not how revolutions are won. The lessons of Maidan will be forgotten very soon. Just like the lessons of the Orange Revolution, which after ten years nobody believed could happen again. A society that refuses to take the leading role in building their country will forever wander in circles, endlessly reliving cycles of revolution, reaction and revolution again. The only way to break this cycle is to put the government under full control of society. Become the government themselves. Realise, finally, that a nation is like one huge condominium. One large commune where we are all stakeholders.

Maidan must not just remove the tents and dismantle the barricades. Maidan must become a political force, a tool for further achievements. Maidan must leave the square and go into cabinets and government corridors. It must become a Royal Order, a party and a church simultaneously. It must give birth to a new state rather than replacing one set of crooks with some other crooks, even if they are less unprincipled.

Destroying the old is not enough. We must also build something new instead. We have proven now that we can unite. We have a heroic and principled guard, who are not afraid to go under bullets. We have learned crowd-funding, we raised 120 million hryvnas for the army. We are completely self-sufficient to build a real movement without oligarchs and old politicians. We have ideas, people, plans, and we can raise the money.

We do not have the right to slow down, because we have a duty before the dead. And before those who must die very soon, in the next few days. If we simply send money to a decaying army that joins the separatists in their new bulletproof vests that we paid for, we will never win any war.

If we continue to vote for fake parties that were started in the interests of 2-3 people, simple pacifiers without ideologies and distinct programmes, we will always wind up as a helpless shatterbelt [an area of instability between regions with opposing political and cultural values] that keeps losing territory. We cannot go on as before. There is no reserve left for that.

Ukraine needs a qualitatively new policy, qualitatively new governance, real, and not fake political forces, hundreds of Sotnyas of officials who will take the place of ineffective goons who now again clench their sphincters in the hope of sitting all this out. Technologies of the future, charter cities, biogas plants in every village, people with a European education in government, invited managers from the Canadian community in important positions.

History leaves us no choice. Either we create a new political reality, or in a couple of years we will be chasing bearded separatists around in Kyiv. We cannot sit this out.

7 Responses to A final warning for us and for Ukraine