Dmitry Tymchuk, Head of the Center for Military and Political Research, Coordinator of the Information Resistance group, Member of Parliament (People’s Front)
04.11.2016
Translated and edited by Voices of Ukraine

During the past weekend (04.09–04.10.2016), Russian-terrorist troops in Donbas stepped up the intensity of their shelling on both ATO forces’ positions and civilian objects. Militants used small arms, mortars (82 mm and 120 mm), stand-mounted anti-personnel and anti-tank grenade launchers (AGS-17, AGS-21, SPG-9M), while in some sections, also used were tanks, armored combat vehicles and cannon artillery (mainly 122 mm). At the same time, militants are reinforcing their troops and equipment in a number of sections, which includes the transfer of heavy armor.

Terrorists actively fired mortars on Ukrainian troop positions near Avdiivka. In the same area, militants twice used a battery of 122 mm D-30A weapons on the “industrial zone:” fire came from the area beyond the Yasynuvata forest ranger station, adjusted from the area of the 251.2 m high ground north of Yasynuvata junction; four militant tanks were spotted in the vegetation at the same area. 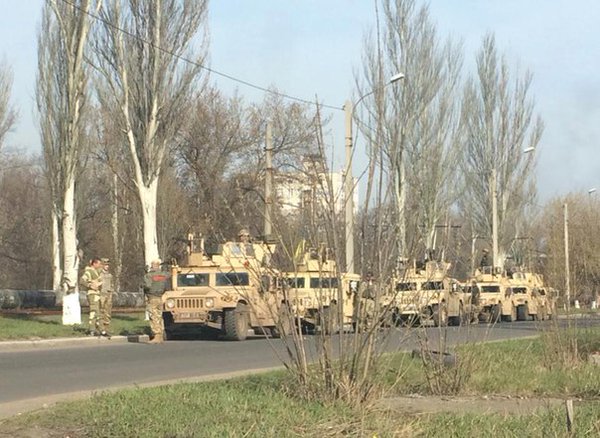 A group of terrorist “anti-snipers” arrived in the vicinity of Mar’inka with a mission to seek out and destroy the mythical “NATO snipers” allegedly operating in this area. When conducting this operation, a “demonstration group” of militants operated north of the “Crocodile” waste bank, while the “anti-snipers'” positions were identified on the neutral strip. A similar “anti-sniper” group of militants arrived in the vicinity of Shchastya.

During the weekend, Russian-terrorist troops significantly stepped up their activity in several sections south of Donetsk. Militants used the on-board guns of BMP-2’s and BMP-1’s near Tsentralnyy Karyer (Dokuchajevsk), in the direction of the ATO forces’ strongholds southeast of Novotroitske, and towards Berezove. In coastal areas, militants actively used 82 mm automatic mortars (“Vasilek” 2B9 or similar) and 120 mm mortars from positions north of Kominternove, near Sakhanka, and northeast of Zaichenko. The bulk of fire came down on the motorway near Shyrokyne and on the eastern outskirts of the town, and on the ATO forces’ strongholds east of Talakivka and Hnutove. Several mortar strikes were also made on the area near Vodyane.

Terrorists became more active in the “landmine war” – we observe more frequent cases of ATO transport being hit by landmines in the tactical rear of Ukrainian troops. A number of “specialized” enemy DRGs, which include highly professional sappers, are operating in several sections. 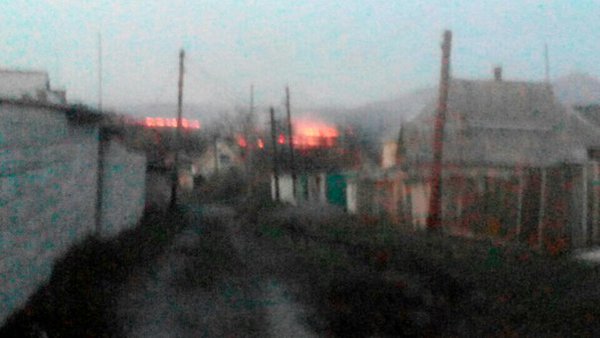 The actions of Ukrainian troops in the area of Yasynuvata junction have resulted in significant changes in the supply systems of the militant “Horlivka garrison” and a whole number of units that are part of the terrorist tactical group deployed east of Horlivka. At this time, militants are forced to deliver supplies along a more complicated route, via Makiivka. The enemy goes to great lengths to “preserve the secrecy” – in Makiivka, the “DNR Ministry of State Security” continues efforts to seek out “Ukrainian spies,” transfer of combat equipment and gang personnel through densely populated areas is done mostly during night-time, after curfew, most frequently by “leapfrogging,” with intermediary concentration points. At the same time, the terrorist tactical group along the Yakovlivka – Mineralne – Yasynuvata line is being considerably reinforced.

In the vicinity of Torez, militants, under the control of Russian “supervisors” and with the involvement of specialists from the Russian Federation, are close to finishing the equipping of a new command point. The work is being done in strict secrecy. According to our preliminary information, this command point will serve as the central command point of the “DNR 1st AC.”

Simultaneously in both the “DNR” and the “LNR,” rumors started circulating about an alleged large-scale “Easter offensive of the Armed Forces of Ukraine.” According to the information being disseminated, this offensive will be carried out under pressure from the USA, so as to “ruin the bright holiday of Orthodox Easter” for the residents of the occupied areas.