Dmitry Tymchuk, Head of the Center for Military and Political Research, Coordinator of the Information Resistance group, Member of Parliament (People’s Front)
04.08.2016
Translated and edited by Voices of Ukraine

During the past 24 hours, Russian-terrorist forces in Donbas used 122 mm D-30A howitzers and tanks, as well as small arms, various grenade launchers, and 82 and 120 mm mortars.

The enemy openly used heavy armored vehicles in the area of Avdiivka. Two militant tank groups were observed south and north of Yasynuvata junction, (a total of 12 vehicles, concentrated on a stretch from ​​”Agro-Nafta” to “Gospodar” marketplace). Six more tanks (from a backup group) gathered at camouflaged positions northeast of the 3rd district of Yasynuvata behind Lesnichestvo. Militant tanks specifically targeted buildings in the “industrial zone” from positions at the 272.2 m high ground, and from the vegetation. Apparently, militants decided to turn Avdiivka’s “industrial zone” into another Donetsk Airport – that is, to demolish all objects in the area in order to complicate the ATO forces’ defense. 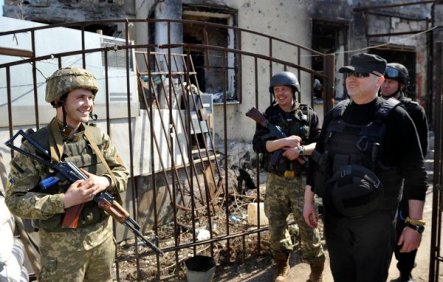 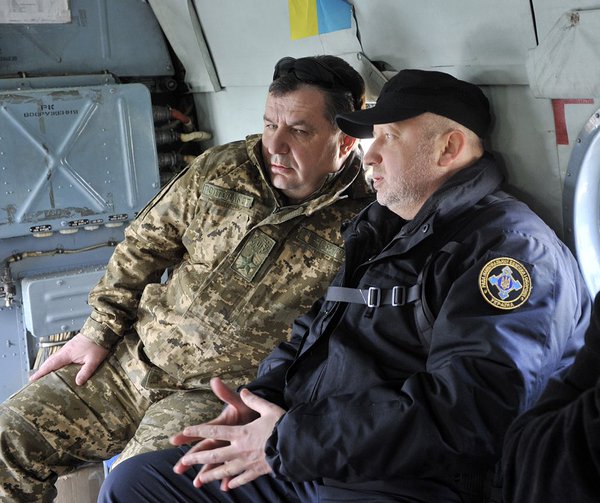 Terrorists used 120 mm and 82 mm mortars from firing positions in the area of Mineralne, Yakovlivka, the destroyed bridge, and the area northwest of Kashtanove, firing on the ATO forces’ position in the Avdiivka “industrial zone” and adjacent areas. The enemy also used up to 20 rounds of 122 mm artillery.

At the same time, militants continue to reinforce their gangs operating in the area. For instance, another company (of up to 100 personnel) was transferred to the area north of Lenin St. (in the settlement of Mineralne), aboard BMP-1’s and MT-LB’s (up to 10 armored combat vehicles in total). At night-time, several terrorist infantry groups clashed with the ATO forces’s advanced units in the “industrial zone,” as well as near Ukrainian troop observation points and strongholds near the summer cottage area [of Avdiivka] and further south. On all sections, the enemy was pushed back, failing to drive a wedge into the ATO forces’ battle lines.

Simultaneously, a transfer of militants to the vicinity of Avdiivka’s “industrial zone” is being done at the cost of personnel and equipment operating in adjacent areas. Despite the fact that during the past 24 hours terrorists also initiated armed confrontations with the ATO forces’ advanced units in the area between the “Zenith” stronghold and the Butovka mine air shaft (as well as firing at Opytne, Pisky, and Vodyane), these actions, more likely, aim to create an impression of a “solid front line” in the area. The enemy’s major efforts remain concentrated on Avdiivka.

Frequency of shellings increased in the Luhansk direction of operations. In particular, terrorists fired at the advanced positions of Ukrainian troops in the vicinity of Stanytsia Luhanska and Tr’okhizbenka, from the direction of Pryshyb and the crossroads junction beyond Krasnyi Lyman. In addition to small arms, the militants used 82 mm mortars and grenade launchers.

The operational communications of the “1st DNR Army Corps” include reports about the activity of (quote) “American UAV’s” in the area of Yenakijeve, in the tactical rear of the Russian-terrorist forces, namely, in the airspace between two battalion defense areas of the “first Army Corps of the DNR” near Yenakijeve. Russian military leadership ordered investigation into these allegedly-recorded sightings of UAVs in these areas.

Following the “DNR’s” lead, the “LNR” launched a large-scale hunt for “Ukrainian spies.” The Head of the “LNR Ministry of State Security” Leonid Pasechnik declared that “NATO instructors” are training Ukrainian sabotage and reconnaissance groups at a Ukrainian Armed Forces military base in the city of Yavoriv (Lviv oblast). These DRGs are allegedly deployed to the occupied areas of Donbas, to carry out diversions and terrorist acts. Moreover, according to Pasechnik, “Ukrainian saboteurs” are being trained at “NATO centers” in Georgia. The “LNR Ministry of State Security” issued a circular to “military counterintelligence agencies,” ordering them to carry out appropriate countermeasures. As a result, several local residents were kidnapped on charges of “espionage on behalf of Ukraine,” intended for subsequent ransom exchange.