Shuklinov: “Let me tell you what a celebration is”

Posted on November 5, 2014 by chervonaruta 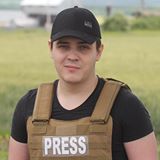 By Peter Shuklinov, journalist at Liga.net
10.31.2014 Kyiv
Translated and edited by Voices of Ukraine

– A [holiday] celebration, you say? Let me tell you what a celebration is. From one of my soldiers: “I have a daughter that was born. I have not seen her yet. I could have gone, but don’t want to leave the guys because, here, they shoot all the time. And I have to be with them. It’s a war here.”

Yes, there is a war there. And we don’t have it here. Or where you are. I don’t know anymore – for whom it is closer. Here simple people and officials in high cabinets still do not understand that what is happening is war. Or rather, they can say it out loud, but they can’t comprehend it. Many think Putin is a madman. But in fact, this is not so. He is deliberately pushing the country into isolation. Deliberately. But gradually. Using provocations. By making Russians get used to a self-sufficient life. Spending billions on weapons. And carefully probing NATO membership’s airspace: “for 10 minutes they were flying towards us? We’ll make it to Berlin in time.”

Putin is training slaves inside his country, forcing them to hate the whole world. Because around Russia there is a darkness. And this darkness has been suffocating the Russian man since 2000. But it also stifles – gradually. And they are preparing Russia, not for life, but for death. And at the moment when it is time to die – like now, in Donbas – Russian soldiers will die, and mothers and fathers will bless them for this act. And right now they are doing that. Die (they say) Russian. You were being prepared for this for 14 years. And you are ready.

But the thing is, that it’s only training – Ukraine, and the self-isolation, and the probing of NATO, and the rearmament. The biggest things are still ahead. The drunken barbarian, having escaped from the last century, has not written himself into history. Has not made his mark. But he definitely will. And how many millions will die in this massacre, that Russia began with Ukraine?

I will tell you what a [holiday] celebration is. A celebration – is when Putin will die, and this Russia of his collapses. A celebration – is when every one of our warriors returns home safe and sound. A celebration – is when we win. And for now we have nothing to celebrate. And it is doubly miserable to look at our small-town politician who is unable to see past his own feeding trough. I am not talking about anyone in particular, just in general. They hit us first. And they will keep hitting us. We are not here to defend ourselves. We are defending Europe here. But we cannot understand this.

The worst thing is that we cannot look further. And further on it will be more terrible. Do we understand this? Or are we still arguing about which car or apartment to buy? Where to go on holiday? Friends, life goes on, when it goes on for everyone. And that’s not like it is right now. And what will you celebrate, when your neighbour is freezing in the trenches. Is there a reason? Maybe only for the aforementioned soldier.

For now nothing is changing. Russians hate us. And Russians will kill. And we still believe that only Putin is to blame. We will, of course, be victorious. All will be well. But we must prepare for the worst. And then our victory will become inevitable.

Like Loading...
This entry was posted in "Voices" in English, English, English News, Others, War in Donbas and tagged #RussiaInvadedUkraine, #UkraineUnderAttack, celebrations, holidays, Peter Shuklinov, Ukraine. Bookmark the permalink.