VITALY PORTNIKOV: A Nation of Anti-fascists 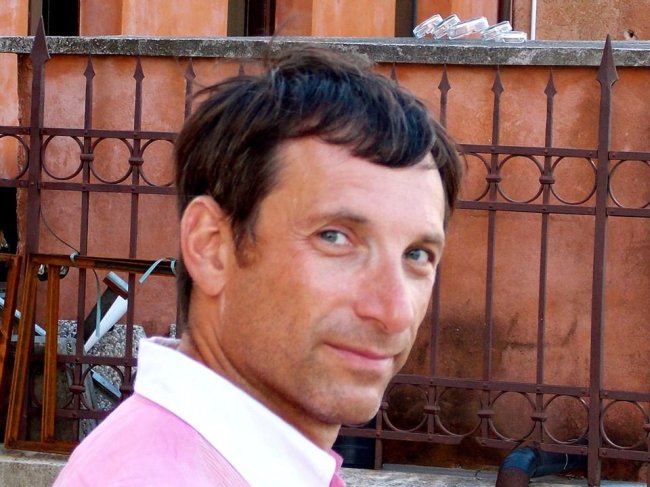 Russian media call the separatists in the south-east of the country no less than “supporters of federalization”–this propaganda cliché has become so normal that consumers of Russian informational products probably won’t even be very surprised if they find out that the “supporters” wage battle using the latest weapons systems, depose legally elected mayors and city councils, and generally act like typical occupants do, regardless of their place of residence. Because occupation is first of all a forceful imposition of your opinion on the majority of the population and the destruction of those who disagree. In Moscow they can tell any stories they like about the “Ukrainian junta” but the fact remains–from the time of Victor Yanukovych’s flight from the country, not one regional or municipal council had its power terminated, with the exception of the Crimean Parliament who embarked on a path of collaboration with the occupation authorities. Not a single mayor has been impeached–in other words the will of no cities and regions in the country was violated. With the “supporters of federalisation” on the other hand, the first thing they do is try to seize power. And this is not surprising because they are “supporters of federalisation” Russian-style. Europe already has one such federation, glued together literally with blood after a civil war that was started not by the local residents, but by a neighbouring country, convinced that only they know how everyone should live. It is Bosnia and Herzegovina, in which there are in fact three governments–the nation itself, the Muslim Croat Federation, and the Republika Srpska [Serbian Republic]. Before the collapse of Yugoslavia there was no trace of any Republika Srpska. It appeared after ethnic cleansing with the participation of “supporters of federalisation” of the military from neighbouring Serbia. Of course these supporters simply wanted to separate half of the territory of Bosnia and to attach it to Serbia (and even better–all of Bosnia and Herzegovina), but they simply couldn’t wipe out everyone who disagreed with this. This is exactly why they had to negotiate. But on the other hand, from the territory controlled by the “supporters of federalisation” they managed to expel everyone–Muslims, Croats, and of course, those Serbs who wanted to live in a unified Bosnia without inter-ethnic conflicts. And that is when Western mediators with the help of the dictator Slobodan Milosevic created a new state, in which the two parts still cannot be reconciled with one another–and cannot drift apart either. But in this case Bosnia’s fate is far more enviable than Ukraine’s would be if the “supporters of federalisation” chop off a piece of it with assault rifles and machine guns. Because Serbia changed in the years after the war, they finished with dictatorship and are striving for EU membership. And, by the way, they will get there before Bosnia, have no doubts about that. But our “federal district Soviet Union” will neighbour an ever-more browning Russia. It will overflow with Nazi propaganda, which literally splatters from Russian TV screens, with chauvinistic arrogance, hatred of the civilised world and confidence that all issues in the world are solved through force and thievery. And it will broadcast this poison onto the territory which could be saved from the “supporters of federalisation” and the New Reich. Therefore, it will still not be a real, unified nation. A real unified nation is a state of anti-fascists, who understand that fascism comes from the Kremlin and are doing everything possible to protect against the new infection. A country in which the interests of anti-fascists and Europeans try to combine with a Nazi view of the world, still will not last long.

1 Response to VITALY PORTNIKOV: A Nation of Anti-fascists