VITALY PORTNIKOV: The World is Closed for Crimeans 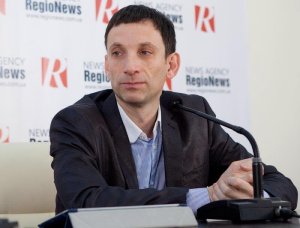 Within the next several days, most of the population of Crimea will end up sandwiched within the borders of the Russian-occupied peninsula. Crimeans would, of course, be able to move around in Russia proper, but to get anywhere else would be extremely problematic.

It is well-known that almost the whole world does not recognise the occupation of Crimea and the creation of the Crimean Federal Okrug [District]. This means that no visas can be placed into the Russian-issued passports. The citizens of Crimea, as before, must obtain entry visas into the passports of the country of which Crimea is a part – Ukraine. But the Head of the Ministry of Organization of Passport Affairs of the Russian Federal Migration Service, Fedor Karpovets, has already warned that those Crimean citizens who have received Russian passports do not have the right to enter the territory of other countries using a Ukrainian passport.

Of course, this is not true. Or rather, it was a lie. I myself have repeatedly encountered Russian citizens in airports the world over juggling multiple passports. But after the occupation of Crimea, control over people who might at any moment slip away from Putin’s paradise is expanding. And the decision has now been taken to block the possibility of Crimeans receiving entry visas into their Ukrainian passports.

But what awaits those who still dare to break the law? Or those citizens of Ukraine who decide to live in Crimea, but refuse to take the passport of the aggressor nation?

To receive a passport, they will have to travel to the mainland. But how? Air travel between the world and Ukraine’s Crimea is cut off. Rail communication may follow shortly. The Head of Russian Railways, Vladimir Yakunin, has already stated there could be a possible termination of rail travel because of “the inconsistency of travel timetables.” It is not difficult to predict that after rail travel, bus travel may be but too.

The Russian railways, according to Yanukin, “are ready for the passenger to be transported to the ports, in general to Anapa. From there, transportation will be by sea.” This way, a route from Simferopol, Yalta or Sevastopol to Moscow can take about 50 hours – about the same as from Moscow to Tyumen in Central Russia. If a Crimean citizen wants to travel, not to the capital of the occupying country, but to his own capital – Kyiv – they would need to spend about 10 more hours. In other words, several days will be needed to travel to the capital to get a visa. A plane ticket will be more expensive, because even if Aeroflot decides to launch transfer flights between Simferopol and Kyiv, they will not be cheap.

And there is an additional issue for those who planned to continue their overseas travel but who actively participated in the process of the separation of Crimea from Ukraine, or for those who decided to use the aggression and make money in illegal enterprise on the territory of the peninsula. This circumstance the Foreign Affairs of Russia echoes when they advise their citizens not to visit those countries with whom the United States have extradition treaties – in other words, the whole world. Of course this does not apply to all Russians, but most likely does apply to the new Crimean “elite.” And even if Moscow awards the heroes of the “conquest of Crimea” passports with registration somewhere in Magadan, I join the Ministry of Sergei Lavrov here in advising them to spend their ill-gotten wealth in their new home, the Russian Federation.

And the rest of the world is now closed to them. 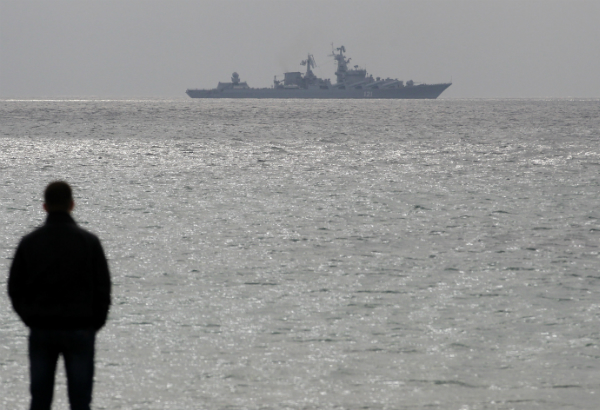 1 Response to VITALY PORTNIKOV: The World is Closed for Crimeans