Dmitry Tymchuk: On the Question of “YUZHMASH” Technology 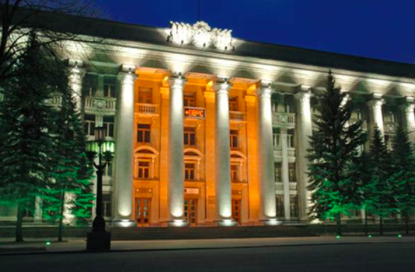 The intercontinental ballistic missile (ICBM) R-36M2 (index 15A18M, classified by NATO as SS-18 Satan) has been developed by the State Enteprise “Design Office ‘Yuzhnoye,'” manufactured by State Enterprise “Yuzhnyi Machine-building plant” (“YUZHMASH”) and has been in service with the Strategic Missile Forces [SMF] of the USSR since 1988.

At the present moment, this is the most dangerous weapon at the SMF of Russia. Other ICBMs in service in Russia are significantly inferior to Satan in their specs.

At the moment, the state of the rocket and space industry in Russia doesn’t allow for the creation of an ICBM that is close to [Satan’s] characteristics independently, withouth the involvement of Ukraine.

From 2003 to 2012, “YUZHMASH” was commissioned by the Ministry of Defense of the Russian Federation under the state contract for design supervision, and worked to extend the service life of 15A18M missiles as well as 15P118M complex within the Russian Strategic Missile Forces for up to 25 years. The State Enteprise, “Design Office ‘Yuzhnoye’, ” annually provides conclusions regarding the service life of 15A18M products and 15P118M complexes.

In 2013, the Russian side signed the addendum to the abovementioned contract regarding the extension of the service life of 15А18М missiles and 15P118M complexes for up to 30 years – until 12.25.2017.

Discontinuation of Russian relations with their Ukrainian counterpart allows “YUZHMASH” to seek partners for mutually beneficial cooperation in other countries. Moreover, with the annexation of Crimea and the Russian destruction of the entire system of international law and guarantees in the security sector, the inevitable question about the feasibility of fulfillment of the MTCR regime requirements (Mode of the Missile Technology Control) by the Ukrainian side arises.

At the same time, the task to complete the work on the extension of the service life of 15A18M products and 15P118M complexes takes on a particular urgency for Russia.

3 Responses to Dmitry Tymchuk: On the Question of “YUZHMASH” Technology