Posted on October 6, 2016 by chervonaruta

They met with him in the classroom at a vocational school, where he has been mastering the profession of carpenter. Sasha said that letters are getting through to him now, but he is not receiving his subscriptions regularly. And – most importantly – he has still not resolved the question of a meeting with the Consul. His letter requesting a meeting with the Consul of the [penal] colony, it seems, has not worked out. Alexander turned to the OIC for assistance in the transfer of this letter (already done). In its audit report, the OIC Commission pointed out that it “draws attention to the management HUFSIN violations of citizen rights institutions Ukraine Kolchenko AA a meeting with the consul of his country! “draws attention to the Federal Penitentiary Service for a violation by the institution’s management and leadership of the rights of Ukrainian citizen Kolchenko to a meeting with the consul of his country!” 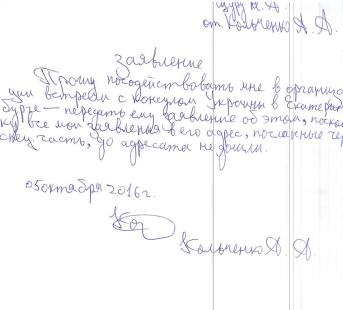 Sasha Kolchenko’s letter to the Consul. 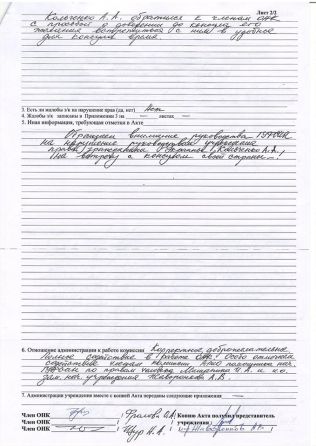