Dmitry Tymchuk, Head of the Center for Military and Political Research, Coordinator of the Information Resistance group, Member of Parliament (People’s Front)
06.01.2016
Translated and edited by Voices of Ukraine

Russian-terrorist forces continue to grossly violate the Minsk agreements, firing at advanced Ukrainian troop positions and settlements controlled by the ATO forces. The increased frequency of shelling, including using the on-board weapons of armored vehicles and 120 mm mortars, indicates a clear trend for the escalation of tension along the demarcation line.

Battle at Yasynuvata checkpoint on May 30, 2016. Photo source: social media

During the past 24 hours, Russian occupiers and local militants have sharply increased their activity in areas adjacent to Avdiivka and the Yasynuvata junction. 120 mm mortar shells were fired at the ATO forces’ strongholds south of Verkhnotoretske, as well as east of Troitske, with shelling extended deep into this settlement. In addition, 120 mm mortars prohibited by the Minsk Agreements were used by terrorists to shell Ukrainian troops south of Krasnohorivka and near Opytne. A Ukrainian troop stronghold near Stanytsia Luhanska came under fire from the on-board weapons of BMP-2’s and BMP-1’s. Near Zaitseve and Zhovanka, the enemy used the on-board weapons of BMP-2’s under covering fire from 82 mm mortars.

Along the rest of the demarcation line, occupying troops carried out fire raids using small arms, heavy machine guns, stand-mounted grenade launchers, and 82-mm mortars. Enemy snipers are at work in virtually all “hot spots” along the line, with the densest sniper fire on Ukrainian troop positions occurring in the vicinity of Luhanske, Mar’inka and Avdiivka (the industrial zone).

VIDEO: On the night of May 29, 2016, an SMM long-range unmanned aerial vehicle (UAV) spotted in “DPR”-controlled Mineralne (10km north-east of Donetsk) two self-propelled howitzers (2S3 Akatsiya, 152mm) firing four rounds in a north-western direction – in the general area of government-controlled Avdiivka (17km north of Donetsk) – after two explosions had just occurred within 200 metres of their position. The incidents constitute two violations of the Minsk Agreements, both because of the presence of heavy weapons within the withdrawal lines, and the use of such weapons.

A considerable movement of militant road transport vehicles and heavy armor has been noted near Horlivka. A convoy of two BMP-2’s and 16 army trucks proceeded towards Zaitseve; four army trucks delivered ammunition supplies to mortar positions near the Haharin and Lenin coal mines; a new mortar emplacement has been spotted near the village 6-7 area (at least two 2B9 “Vasilek” 82-mm mortars). Four MT-LB’s, one Avtokung containerized truck, and up to 50 militants arrived near Mykolaivka to reinforce the occupying troops.

The area of concentration of the Alchevsk–Stakhanov group of Russian-terrorist forces is also accumulating fuel, lubricants, and other supplies. Six fuel tankers and two tented army trucks were observed travelling towards Alchevsk.

Enemy units deployed near Dokuchajevsk continue receiving reinforcements. A convoy of Russian-terrorist forces consisting of five armored vehicles (BMP-1’s and BTR-80’s) and at least six army trucks arrived in this locality from the direction of Styla. Reinforcement is underway for the close-lying rear flanks of the Dokuchajevsk group of Russian-terrorist troops, whose commanders fear that Dokuchajevsk will be taken in the allegedly-planned Ukrainian offensive. In this direction of operations, terrorists have concentrated additional troops in the second echelon (up to one strengthened “motorized rifle battalion” with a two-battery artillery group).

Standalone terrorist units (up to 150 personnel in total) have been transferred to the vicinity of Olenivka and to the Petrovskyi district of Donetsk, taking positions away from the previously deployed “DNR 1st AC” units.

“Special propaganda groups” have been set up in Russian-terrorist troop units of the “1st DNR AC” for the purpose of information and psychological operations on the tactical level (to influence the personnel of the ATO forces’ advanced units and the local population in the immediate vicinity of the front).

In the so-called “LNR,” rumors are being spread among armed gangs and the local population about the alleged “armed provocations” by “mercenaries from the Baltic countries” operating as part of the ATO forces’ units. According to local media citing “officials” and top commanders of the”2nd LNR AC,” groups of “sniper mercenaries from Latvia” are firing at civilians passing through the “Zolote” entry-exit checkpoint in order to discredit “the young republic.”

Yesterday’s statement by the Russian Foreign Minister, Sergey Lavrov, claiming that Russia does not recognize the “LDNR” caused a surge of panic among militants and their supporters in the local Donbas population. Theories are widely circulating that “Putin has abandoned Novorossiya,” that any “support from Russia” will stop arriving any time soon, and that, for Moscow, the Minsk dialogues are merely a pretext for diplomatically abandoning the occupied territories. Rumors are spreading among local militants that an agreement has already allegedly been reached between Moscow and Kyiv stipulating an “amnesty” for terrorists, yet it would only apply to those militants in illegal armed gangs who were not directly involved in the fighting, while the remainder – the bulk of the personnel of the “1st DNR AC” and “2nd LNR AC “– will be considered “war criminals,” and will become the target of harsh legal prosecution by Ukraine. In turn, information is circulating among Russian mercenaries that Russia will not allow them to leave Donbas and return to the Russian Federation, thus “setting them up” to be persecuted by Ukraine. 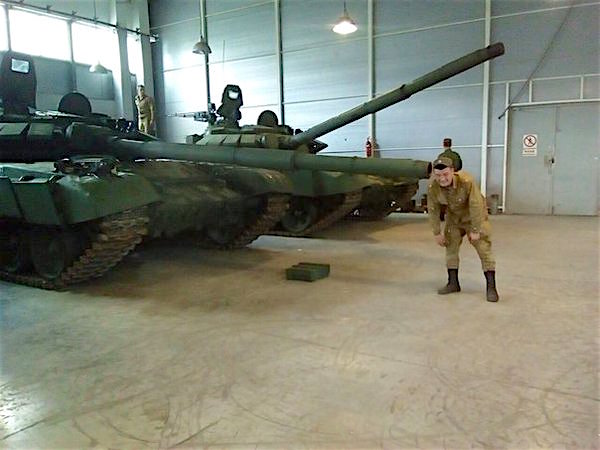