Dmitry Tymchuk, Head of the Center for Military and Political Research, Coordinator of the Information Resistance group, Member of Parliament (People’s Front)
05.12.2016
Translated and edited by Voices of Ukraine

Near Mar’inka, militants fired from the direction of the “Krokodil” [waste bank], using two heavy machine guns and AGS-17’s. South of Donetsk (the Hranitne – Staromarivka area), SPG-9M’s were used. Small arms fire came from an enemy infantry group (5-6 personnel firing from the “greenery,” not only in the direction of Ukrainian troop positions, but also along the front line and at their own rear – it is possible that militants were under the influence of alcohol or drugs). Near Avdiivka, the enemy deployed 82 mm and 120 mm mortars as well as stand-mounted grenade launchers. Close to Luhanske, an enemy infantry group, under covering fire from a BMP-1, advanced to the neutral zone from the direction of Nyzhnje Lozove and fired intensively, using small arms. Near Shchastya, the enemy delivered heavy fire from small arms and underbarrel grenade launchers. In the Dokuchajevsk and Novotroitske areas, heavy machine guns and 82 mm mortars were used against one of the ATO forces’ positions located close to the Tsentralnyy Karyer; Ukrainian troop strongholds also came under sniper fire. On the Shyrokyne–Sakhanka stretch, we recorded unaimed machine gun and rifle fire; additionally, in the coastal direction of operations, the enemy used ZU-23-2’s, stand-mounted grenade launchers, and 82 mm mortars.

The militants continue to actively reconnoiter the ATO forces’ combat formations at the tactical and operational-tactical levels. UAV flights were observed in two instances, west of Donetsk (flying along the Pisky–Selydove direction), and to the north and northwest of Horlivka. Terrorists are trying hard to identify the command system and deployment positions for main and reserve control and command points, as well as the deployment of the ATO forces’ reserves at operational and tactical control levels.

Militants are regrouping their troops and equipment in expectation of the ATO forces’  mythical, large-scale offensive in the vicinity of Horlivka and in the Yasynuvata–Avdiivka area. According to Russian-terrorist troop command, Ukrainian troops are expected to break through towards Yasynuvata and the southwestern outskirts of Horlivka.

Russian-terrorist forces’ command is taking steps to prevent “creeping de-occupation.” In particular, the “1st DNR Army Corps” command has issued units under its control with orders that cite the absolute need to prevent “enemy units (i.e. the Ukrainian Armed Forces) from seizing settlements, border sections and positions in the so-called grey zone.” The documents mention examples of “aggressive behavior” by the Ukrainian Armed Forces, which allegedly have violated “international agreements” by occupying a number of positions and settlements designated as “neutral” (in reality, the protocols of the Minsk Agreement contain no mention of the concept of “neutral settlements” in the ATO zone).

In the “state security authorities” (the “Ministry of State Security” or the “MGB”) of both the “DNR” and “LNR,” rumors are picking up about an imminent “purging of the ranks,” presented as re-certification, supposedly scheduled for June 2016. According to “MGB” personnel, the “purge” will focus on the employees from among the traitors, who had previously served in the security services of Ukraine (SBU). The rumors are causing panic among the latter. Combined with these rumors, there has been a sharp increase in the number of Russian FSB “supervisors” and “instructors” arriving from Russia to join departments of the “DNR MGB” and “LNR MGB.”

A group of Russian specialists in information and psychological operations (IPsO or PSYOP) and Public Relations (PR) deployed to the “DNR” has developed the concept for “information offensive operations,” which has been approved by the Administration of the President of the Russian Federation and is currently being implemented by “DNR” leaders. The main target audience of the operation is the population of the unoccupied [Ukraine-controlled] Ukrainian territories (primarily in the eastern and southern regions). The two main directions of the operation are: pushing any issues to show that the Ukrainian leadership has squandered Maidan’s achievements (lack of punishment for former government officials, corruption, lack of reforms); and capitalizing on socioeconomic problems. As part of the first stage of the operation, the “DNR” leaders held a “phone-in” with residents of the unoccupied territories. 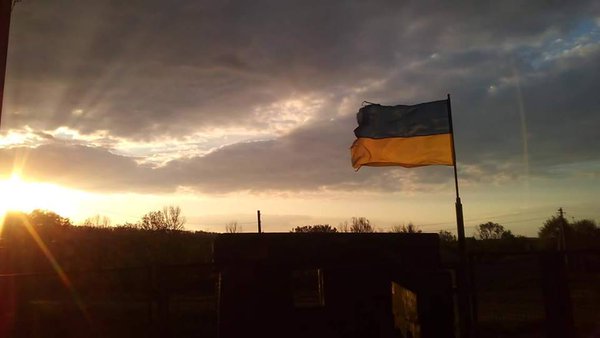