Dmitry Tymchuk, Head of the Center for Military and Political Research, Coordinator of the Information Resistance group, Member of Parliament (People’s Front)
04.14.2016
Translated and edited by Voices of Ukraine

During the past 24 hours, Russian-terrorist forces in Donbas, in addition to other weapons, used cannon artillery to shell the ATO forces’ positions and civilian objects shelled in at least three instances (152 mm twice, and 122 mm once). In three recorded instances, terrorists also fired from the on-board weapons of BMP-2’s. We continue spotting militant tanks and 120 mm mortars on several sections directly along the front line.

Ukrainian troop positions in the Zaitseve–Zhovanka area came under militant fire from 152 mm artillery (about 15 rounds) and 120 mm mortars. Fire came from emplacements southwest of Holmivskyi and the area south of the Terykonna station. Militants also used 152 mm artillery near Opytne. The ATO forces’ positions between Pisky and Vodyane were shelled from 122 mm guns (up to 10 rounds). 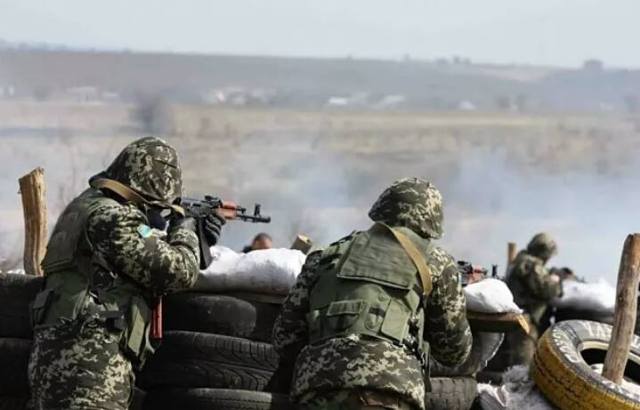 Terrorist tanks were present in several sections at once: namely, near Yakovlivka, Kruta Balka, Putylivka (Donetsk), the Petrovskyi district (of Donetsk), the Dokuchajevsk area, the Styla district, the Bezimenne–Zaichenko district (on several positions simultaneously), the northern part of Horlivka, and a number of other locales.

In the “DNR,” hysteria about the “Right Sector (RS)” is once again gaining momentum. Even internal command staff reports of several brigades in the “1st [DNR] Army Corps,” now mention the mythical “RS brigades,” allegedly preparing for an offensive with support from the Ukrainian Armed Forces. The so-called “DNR military intelligence” reports that units of the “Right Sector” have suddenly appeared on many sections – near Mariupol, Horlivka, west of Donetsk, and elsewhere. According to the “DNR” reports, the total number of “Right Sector” fighters, at the very least, exceeds the Army Corps size – which clearly reflects the poor professional level of the militants’ so-called “military intelligence.” 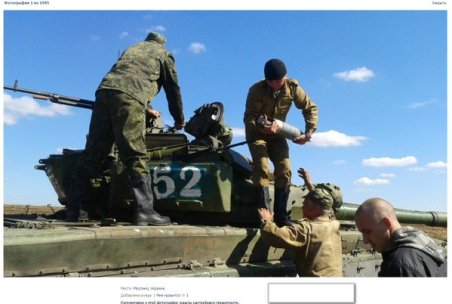 Large formations of Russian mercenaries from the Russian Federation are being transferred to Kirovske (Donetsk oblast) through Shakhtarsk. The militants total up to one thousand in number.

According to the “DNR Ministry of State Security (MGB),” instances of civilian homicide committed by militants have recently increased, largely cases of domestic violence committed under the influence of alcohol. At the behest of the “DNR” chieftain, Alexander  Zakharchenko, the “DNR MIA [Ministry of Internal Affairs]” and “DNR MGB” are required to take steps to conceal information about such cases in order to avoid a public outcry.

Across the so-called “DNR,” heightened social tensions are apparent among industrial workers due to job cuts and the chronic non-payment of wages. At the “Ordzhonikidzeugol” enterprise (Yenakijeve) and “Uglegorskaya” mine (Vuhlehirsk) alone, wage arrears stand at RUR 119 mil [USD 1.79 mil] (with social benefits) or RUR 84.404 mil [USD 1.27 mil] (excluding social benefits). At the “DFDK” JSC (Dokuchajevskyi fluxing stone and dolomite works) in Dokuchajevsk, 600 jobs are to be cut.