Dmitry Tymchuk, Head of the Center for Military and Political Research, Coordinator of the Information Resistance group, Member of Parliament (People’s Front)
03.25.2016
Translated and edited by Voices of Ukraine

In the past 24 hours in the ATO zone, the situation was at its most tense in the Avdiivka, Zaitseve and Mayorsk area, with increased militant activity in the coastal region. In addition to shelling actively, the Russian-terrorist forces continue to actively employ “minor warfare” tactics – laying mines to disrupt communications in the Ukrainian troops’ tactical rear and using sniper and DRG teams at the front line. Operating in the immediate rear, militant sabotage groups seek to destroy Ukrainian troop vehicles, engineering equipment and light armor, for which purpose DRG personnel are equipped with hand-operated and stand-mounted anti-tank grenade launchers.

During attacks and provocations, the terrorists make use of a wide spectrum of weapons for their shelling and provocations: heavy machine guns, stand-mounted grenade launchers (anti-personnel and anti-tank), 82 mm and 120 mm mortars, in some cases armored vehicles and 122 mm cannon artillery. Along with the intensified shelling, militants simultaneously “closed down” several sections along the demarcation line to movement by both local residents and OSCE inspectors.

Near Zaitseve, ATO forces’ positions came under fire from 122 mm cannon artillery (eight rounds fired). The artillery fire was of a range-finding nature. Prior to this, as part of the rotation of Russian-terrorist troop units, new militant artillery units who arrived in Horlivka are conducting this shelling. 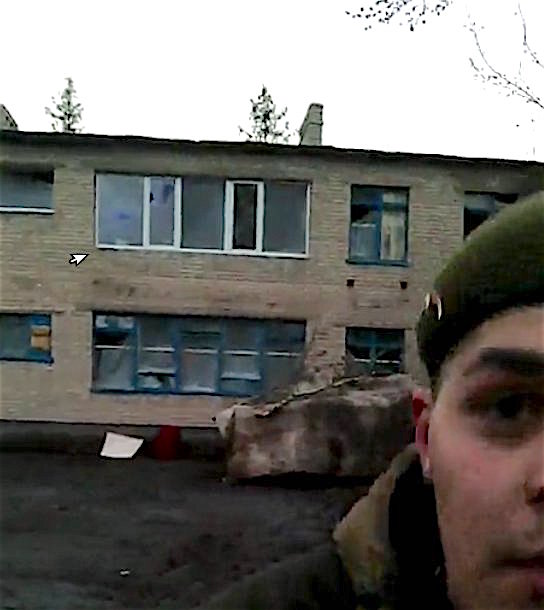 Near Dokuchajevsk, militants continue to use 120mm mortars and light armored vehicles (BMP-1’s and 2’s). Terrorists subjected this sector twice to intensive shelling, including with the use of these weapon systems. Intensified enemy activity is also evident in the area of Pisky, Opytne and the air collector shaft of the Butovka mine. Along the broad stretch from Avdiivka to the north and north western sections of Horlivka (Mayorsk, Zaitseve), militants are actively using 82-mm and 120-mm mortars.

Armed gangs on different sections of the front have been supplied with mobile firing groups. These include several weapons (sometimes 82 mm and 120-mm mortars, or more often, ZU-23-2 anti-aircraft guns) installed on vehicles (usually an army truck). Typically, a firing group consists of 2-3 items of weaponry (sometimes 1-2 items). These groups mount a short but intensive fire attack on a previously reconnoitred target (a settlement, stronghold, flank position) and promptly leave their firing position (most of the time, they remain deep in the tactical military orders of the armed gangs).

The militants’ high command is accelerating the process of fully manning units of the 5th and 7th separate motorised rifle brigades operating on the front line. Resupply is conducted in a forced order – military equipment and personnel are being transferred urgently, including from the armed gangs deep in the rear (e.g. from the current personnel of the so-called “training centers” and “Ministry of State Security (MGB)” units).

A militant communication center has been set up on Sosyury Street in Debaltseve near the residences building belonging to the railway technical school. Three special-purpose automobiles equipped with radio antennas and manned by personnel displaying Russian Armed Forces insignias are constantly in position there.

A structural unit for propaganda of up to 10 persons has been created in the command of the “1st Army Corps of the DNR,” which coordinates the activities of propagandists among the troop units (in the Corps brigades and separate battalions). The number of propagandists per unit ranges from 2 to 4 persons. Their responsibilities include distributing the “DNR” press and propaganda literature to militants, controlling the psychological morale of personnel, and gathering unit combat data for further transmission to the Corps’ propaganda section leaders for processing and publication by the “DNR Ministry of Defense” press service. “Service personnel” with a higher education are being engaged to perform the propagandist duties.

In Luhansk and Donetsk, militants are spreading official information in the “command structures of the Army Corps” that in both cities there are several well-trained foreign specialists of “Ukrainian DRG units” and “SBU liquidators of the GUR MOD” [Main Intelligence Service of the Ministry of Defense of Ukraine], whose methods are to eliminate the representatives of the terrorist military command. In this connection, the heavily guarded commands of the “1st AC of the DNR” and “2nd AC of the LNR” have been reinforced, while MGB [Ministry of State Security] forces have conducted a special information gathering operation to search for the mythical DRG units. At the same time, the “Horlivka garrison” militants are spreading information about the preparation of the Special Operations Forces of the Armed Forces of Ukraine for terrorist acts and sabotage in “the Horlivka chemical plants.” Militants have sharply increased security at the “Stirol” company, causing panic among the local population.

The “DNR” leadership is continuing to carry out activities to create a “naval fleet.” In Sjedove, Novoazovskyi district, the IR group network has recorded six motor launches “requisitioned” from the local population to the “DNR fleet.” The boats have been stationed near the former canning factory. Mortars have been installed on two motor launches, and heavy machine guns installed on the other four.