Dmitry Tymchuk, Head of the Center for Military and Political Research, Coordinator of the Information Resistance group, Member of Parliament (People’s Front)
11.13.2015
Translated and edited by Voices of Ukraine 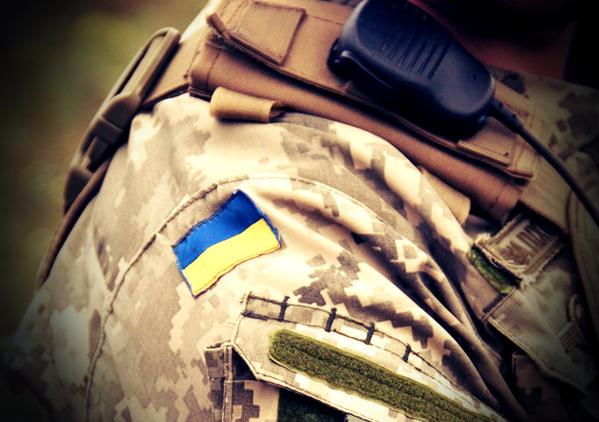 Rumors that a Ukrainian Armed Forces offensive has begun are circulating more insistently amongst “LNR” [“Luhansk People’s Republic”] militants (previously the IR group reported that similar information was circulating in the “Horlivka garrison” of the “DNR” [“Donetsk People’s Republic”] – see yesterday’s report). According to these rumors, individual units of the Ukrainian Armed Forces have supposedly already crossed the Siverskyi Donets river (along which runs the demarcation line) near Pionerske in the Stanychno-Luhanskyi district, while ATO [anti-terrorist operation] forces’ tank columns are allegedly moving from the town of Stanytsia Luhanska towards the demarcation line. These rumors have taken on the status of quasi-official information, all “LNR” military units have been put on full combat readiness.

Against the backdrop of this disinformation, militants are actively continuing to fire at ATO forces’ positions; in fact, the increased activity of enemy DRG [sabotage and reconnaissance groups] is observed along the entire demarcation line (in the grey zone and at the front line) as are the attempts of terrorist infantry groups to come almost right up to the advanced positions of the ATO forces. Russian-terrorist forces and materiel also continue to be redeployed in several sectors.

Also noted in several locations on the front line is the appearance of new units of Russian mercenaries (judging by their behavior, they lack combat experience).

In addition, southeast of Sokilnyky a group of militants fired at ATO forces’ positions near Trokhizbenka from AGS-17 grenade launchers and 82-mm mortars. Near Shchastya, terrorists opened fire twice with AGS-17s, also directing aimed shots from small arms (several sniper teams were involved). Shelling was also conducted in the vicinity of Katerynivka and Krasnohorivka and south of Popasna (Troitskyi district). Militant infantry group manoeuvres were observed from the direction of Zholobok towards the front line beyond the Donetsk [river]. A skirmish between militants and ATO forces was recorded near Zaitseve.

The militants are proving most active west and north-west of Donetsk. Militant infantry and armored groups have been in action near Pisky (including firing from mortars and the on-board weapons of BMP-2 and BMP-1 infantry fighting vehicles) and south of the settlement, in the vicinity of the Donetsk International Airport [DAP], and also on the southern outskirts of Avdiivka (in these last two locations, the militants also used ZU-23-2 anti-aircraft systems).

North-west of the Yasynuvatska junction, militants have concealed at least two tank companies (about 20 tanks) in camouflaged positions. Militant “reinforcement groups” which arrived earlier in the Olenivka – Dokuchajevsk area (see previous IR reports) are playing an active part in the shelling of the positions of the ATO forces. They have been observed using mortars and grenade launchers. One of these terrorist “reinforcement companies” (eight or nine AFVs, mainly MT-LB multi-purpose light-armored transporters, a mortar battery, including at least three 120 mm mortars) advanced to the area north of Hranitne. According to our information, this militant group is due to take up positions between Petrivske and Mykolaivske reservoir in order to carry out fire at Novohnativka, Mykolaivka or Trudivske, thereby pinning down both flanks of the Ukrainian troops (the Starohnativka and Dokuchajevsk groups of the ATO forces).

Makiivka is increasingly turning into a major defense “hub” for the militants’ second echelon. A significant number of armored vehicles (mainly BMP-2s) are observed in the greenery to the west and south of the settlement, while artillery positions are being actively prepared.

Militant reinforcements keep arriving in the Horlivka and Yasynuvata as well as the Holmivskyi–Zaitseve areas, and to the east of this sector (closer to the Svitlodarsk bridgehead). In the past 24 hours, the transfer of at least one terrorist motorized infantry company has been observed (some on BMP-2s, some on MT-LBs – a total of 12 armored combat vehicles, at least two of which had 100 mm MT-12 “Rapier” anti-tank weapons on a trailer). South of Holmivskyi, militants are setting up emplacements for armored vehicles, and are doing it quite openly, digging fortification structures and shelters.

Several new infantry groups totaling up to 600 men have been detected on the coastal direction between Sakhanka and Zaichenko. Four camouflaged tanks were observed west of the Shank – Zaichenko line, the remaining tanks were removed either to Bezimenne – Samsonovo or further off the Novoazovsk – Telmanovo highway (Kozlivka district).

During the past week, Russian servicemen and mercenaries have been redeployed from positions across from Stanytsia Luhanska (and from some other areas in Luhansk region) deep inside the battle formations of the Russian-terrorist forces. Only militants from among the locals and a small number of so-called “Cossacks” remain at the demarcation line.

On the instructions of “LNR” leader Igor Plotnitskiy, special units and patrol teams have been created from the members of his personal guard and representatives of the “Tax Service.” These units have been assigned to “fight against contraband” on the border with Russia and along the demarcation line on the territory under “LNR” control.

Rumors are circulating in the “LNR” leadership about the impending appointment of Leonid Pasechnik, the “minister of the LNR State Security Ministry,” to a key position in the Russian Federal Security Agency [FSB] in Crimea. The Russian Presidential Administration initiated this appointment. According to these rumors, the appointment of L. Pasechnik to the Russian FSB would also entail the transfer of his close associates from the “Ministry of the LNR State Security.” 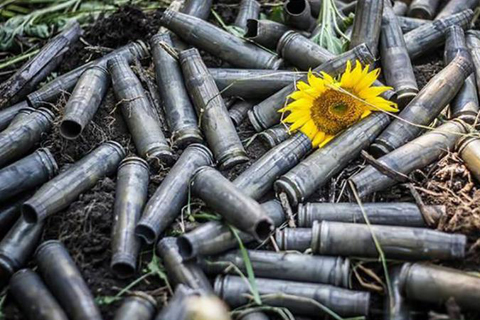