On March 1st the weather in Moscow is expected to be 1C with plenty of sunshine – a good day for a large show of support at the Moscow anti-crisis march, with or without its Russian opposition figurehead, political activist Alexei Navalny who was jailed on February 19 for 15 days for violating the “procedure for holding assemblies, rallies and demonstrations” while he handed out leaflets in the Moscow metro advertising the demonstration, called simply “Spring.” He tweeted the entire circus, his selfie photos of it showing 15 policemen there to arrest him. The Spring protesters are calling on the Kremlin to revise some of its economic decision making.

Activists from around the world will also be participating in a Global Day of Action to demand that Putin free Ukrainian political prisoner, pilot and MP Nadiya Savchenko who is in fact a prisoner of war but is currently being held hostage by the Kremlin without release. March 1st will mark her 79th day on hunger strike to protest her illegal kidnapping into Moscow after her June 18th capture in Luhansk, Ukraine, the false accusations against her despite having a solid alibi, her imprisonment since then without charges, her court date being again delayed recently until May 13, a date she quite certainly can’t last to see.

On the previous January 26th Global Day of Action, 54 cities around the world hit the streets or their local Russian embassies to demonstrate visibly in support of Savchenko’s immediate release.

• Tweet #FreeSavchenko
• Stage a demonstration, it doesn’t have to be at a Russian embassy, it could be in a public place where you live
• Contact your media and request to be interviewed or for them to do a story on Nadiya. The more the world speaks out for her, the greater her chances to live!
• Write or tweet to politicians to urge them to speak out for her release. 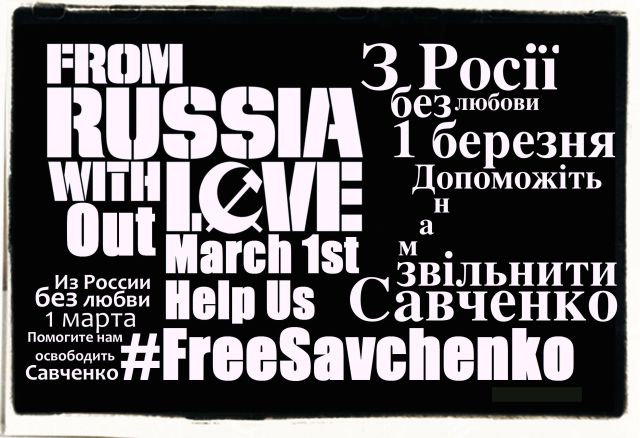 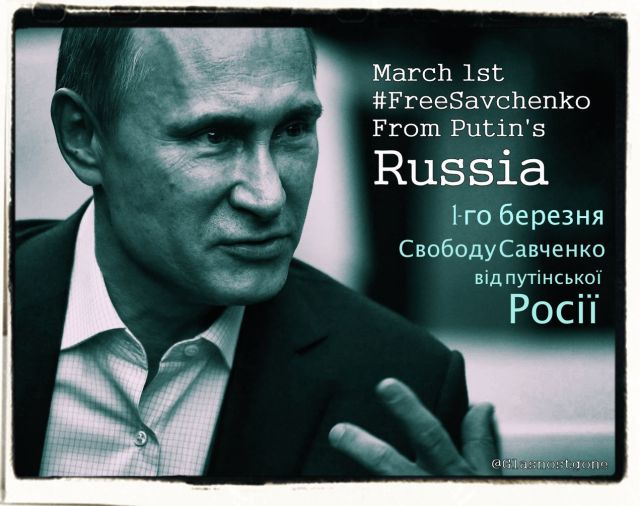 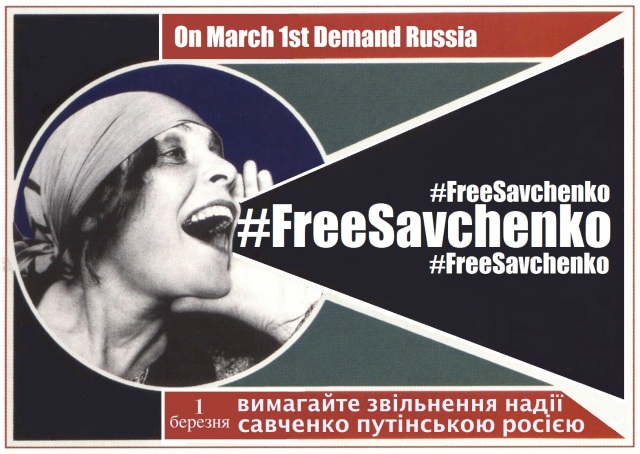 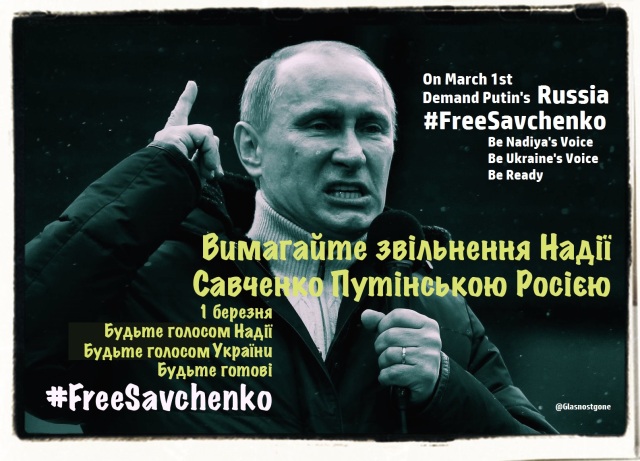