Semyon Semyonchenko: Creating a special parliamentary committee on the implementation of civilian control over the military organization of the state

Posted on December 4, 2014 by chervonaruta

By Semyon Semyonchenko, Commander of the volunteer Donbas Battalion, representative of the “Samopomich Association Party” [“Self-Reliance” Party]
12.04.2014
Translated and edited by Voices of Ukraine

Today the Verkhovna Rada [Ukrainian Parliament] voted for the creation of a special parliamentary committee on the implementation of civilian control over the military organization of the state. This is a permanent control commission with the rights of a Verkhovna Rada Committee. At the Rada, the coalition reached an agreement signed by the leaders of the factions, by Alexander Turchinov, Yuriy Lutsenko, Oleh Lyashko, Oleh Berezyuk and Yulia Tymoshenko, on the fact that the commission will be headed by MP (Samopomіch) Semyon Semyonchenko. 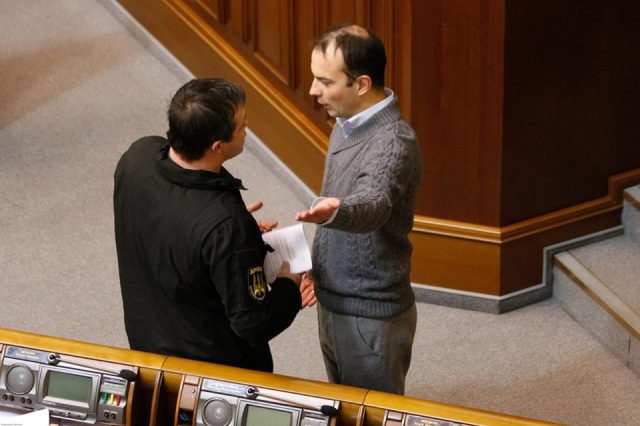 Semyonchuk (on left) in Parliament

Like Loading...
This entry was posted in English, English News, Others, War in Donbas and tagged #RussiaInvadedUkraine, #Semyon Semyonchenko, #UkraineUnderAttack, Ukraine, Verkhovna Rada. Bookmark the permalink.