By Nataly Voronkova
10.29.2014
Translated and edited by Voices of Ukraine 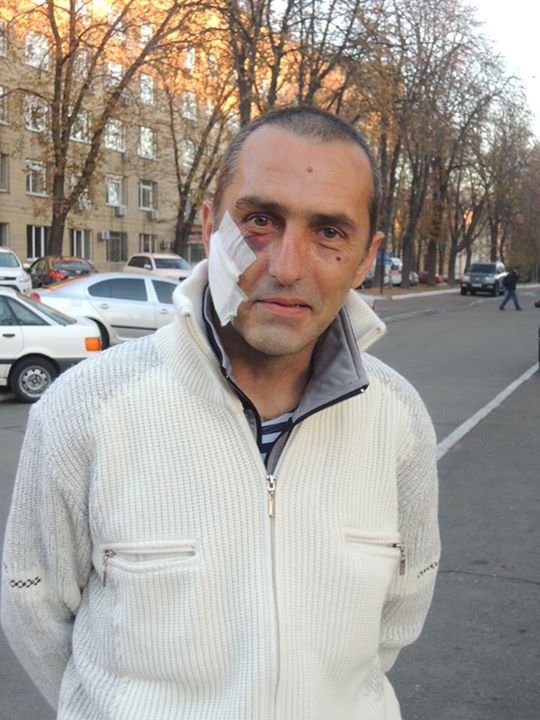 I think after that reading this, we will find out just how large our Armenian community in Kyiv is.

Nataly Voronkova sent me a post this morning about “Nazar:”

I found him in our hospital. Left him a note on the table, asking to call me back.

We walked down the hospital, me, Norayar (Norik, as he asked to be named) and Sasha Babchenko. Two scouts found each other.

– I’m no hero, why would you write about me? Those guys are the Heroes

– Of course, Sasha is a Hero, everyone knows about him, and now it is time to talk about you.

– Well I am originally from Kryvyi Rih … heck, what to say

– This I can easily explain. I am for my Motherland, for my homeland… heck, what to say. I went as a volunteer, after all.

– Girls, if not for you, it would have been really tough for us out there… thank you

We are walking to the warehouse, and started chatting along the way.

They wounded Nazar by Kalynivka on November 16. He and his partner hit a booby trap, his partner died…

In the warehouse we try to put something warm on him, Norik laments the fact that nothing was left of his uniform, they brought him in his socks. He refused to take anything, only wants a flag with a bat, their special one, of the reconnaissance… and I promised him that I will find notebooks and Tablets…

While coming back we met Rimma Voronina and her friend. They brought warm clothes and an envelope, in the envelope there was money, a birthday gift from Andrei, a boy who decided that it’s a shame to spend money on gifts and that it’s better to give them to a wounded Hero.

Norik wept all the way, shrugging his shoulders and rubbing his eyes… His eyes, his eyes are cut by shrapnel; one piece is stuck and cannot be removed yet.

Norik, “Nazar” is a Hero, he was recommended for an award, for the battle back on September 18 at Kalynivka, where he pulled out the crew from a burning tank. Saved the guys.

I promised that the awards will find him, I call on our universal mind and voice. Let’s help award the Hero! Television people, hello) Let’s all together help reward our Hero!

And also, we can help him to calmly look to the future and thank him.