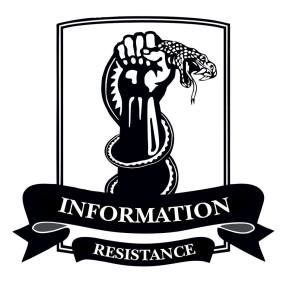 1. Europe’s feints are starting to cause alarm.

In yesterday’s summary, I wrote about the statement by the OSCE Mission in Ukraine that a rocket was reportedly launched into the Luhansk Regional State Administration from an aircraft (more precisely, an unguided rocket). However, this statement has been removed from the OSCE website, and that’s why I decided not to mention our European friends with kind words.

But then the OSCE clarified [the situation], saying that their mission in Ukraine “has reason to believe that the attack on the Luhansk Regional State Administration was conducted from the air, probably from an airplane.” Whereas the ATO forces completely rejected this possibility earlier.

In this situation, I don’t advocate either the OSCE side or the side of Ukrainian law enforcers. But, dammit, I have a question for our “friends” in Europe: have you conducted an investigation already? Do you have any proof at your disposal?

If there is such evidence–why are you hiding it? If there is no evidence–why believe the word of terrorists but not believe Ukrainian law enforcement? What is your problem, dear European partners?

All this reeks of a Russian lobby for miles. In that, it’s the same as the three-month promises by Europe to introduce a third phase of sanctions against Russia, but in reality, the proliferation of Kremlin propaganda in the European media prospers (in all fairness I’d like to clarify, thank God, not all of the media).

2. Over the past 24 hours, under the onslaught from terrorists, the servicemen of the Luhansk border control unit and the Luhansk National Guard division left their deployment sites.

A reasonable question arises. Why do we need the ATO victories in Donetsk Oblast [region], if we have such shameful defeats in Luhansk? Especially [defeats] like these, which could have been avoided, had our guys received assistance in Luhansk.

By the way, the border guards also left their unit in the town of Sverdlovsk of Luhansk Oblast today. Their column left in an unknown direction.

The State Border Service [SBS] informed us that this happened as a result of a relocation of the SBS subdivisions closer to the state border with Russia. Although, to be honest, we have different information, which is not as optimistic. We will specify [it further, later]. 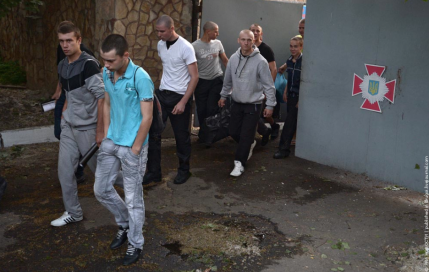 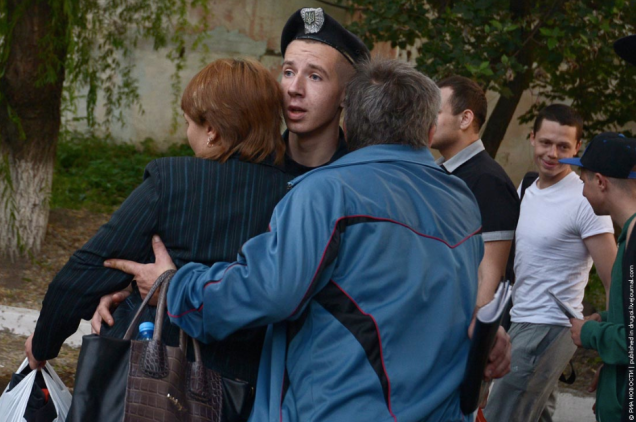 3. Russia began an “investigation” against Arsen Avakov [Interior Minister] and Ihor Kolomoyskyi [Governor of Dnipropetrovsk Oblast] and other Ukrainian leaders, accusing them of “illegal methods of war,” as reported by the Investigative Committee of Russia. These Sherlock-Holmes-wannabes have even claimed that they were conducting certain “investigations” in Donbas.

Looks like Moscow investigators got handed a fresh batch of delicious [magic] mushrooms. For this [investigation] could not have happened without hallucinogens.

But since the brawl has begun, we suggest that the Prosecutor General’s Office in Ukraine begins to investigate Putin’s crimes in the Caucasus. By the way, just over a week ago the Kremlin junta killed four civilians during a special operation in Kabardino-Balkaria–members of the “Caucasus Imarat,” local people’s militia. This is a ready-made criminal case against Kremlin inhabitants.

1. Kyiv finally realized that until the border is “under lock,” to speak about a successful fight against terrorists is possible only within a format of rainbow fantasies.

Earlier, the State Border Service reported on their transition from protecting to defending the [Ukrainian] border with Russia. Today, Acting President [Oleksandr] Turchynov announced a shutdown of the eastern border, in the central part of Luhansk and the southern part of Donetsk Oblasts.

Such hurry takes our breath away. Three measly months of Russian invasion have passed, and our border is finally getting shut down. Awesome.

Leaving sarcasm aside, this is a necessity. The problem is that within these three months, [we let in] to Donbas so many of the Russian scum armed to their teeth, that now we have to raise the question not just about defense against Russia, but also about cover of our border guards from the rear.

2. [Terrorists] are starting to react to the drawn-out assaults on military units in the region. Before, whoever was handy enough would grab an automatic machine gun and run to storm the Ukrainian military. Looks like terrorists got in the habit.

But according to our data, law enforcement leadership has finally begun to take preventative measures. The defense of military units in Donbas will be seriously strengthened, equipped with firing points and heavy weaponry.

What prevented them from doing this before is unclear, just as [it is unclear] in the case of border defense. But it’s is being done–and it’s good.

3. And some fun facts: Donetsk terrorists asked Russia for a credit of USD $1 billion. As in, it’s necessary “to restart the economy of the region on the basis of the Russian ruble. To do this requires the creation of a central bank and getting a stabilization loan from Russia in the amount of at least USD $1 billion.”

That’s an approach I understand! Purely in the spirit of Donetsk thimbleriggers. Well, Uncle Vova [diminutive for Vladimir Putin], give [them] a billion–the guys wanna live in style, too. Until they are caught.