DONETSK UPDATE: Pastor Sergey Kosyak writes about the events of 23 May 2014, “Friends, today was a tough day, but for me very difficult. To begin with, representatives of Donetsk People’s Republic destroyed our tent, and then there was the following story.

Several times I have gone to the city administration building to talk with the leaders of the Donetsk People’s Republic, so I went once again. I didn’t find the person I had talked with earlier there but happened to see someone who attended my church. I was glad when I saw him, but he didn’t seem too glad we met. He began to yell that I was manipulating the people and things like that. In short, the negotiations failed, in the eyes of these people I had become the enemy. You tend to have short conversations with your enemy.

People are very angry, because, first of all, their hearts are empty and not filled with God. I told them that God loves them, I harbored no anger or hatred towards them in my heart, even when they beat me. I will not describe the beating itself, but that I am still alive, is just by the grace of God. 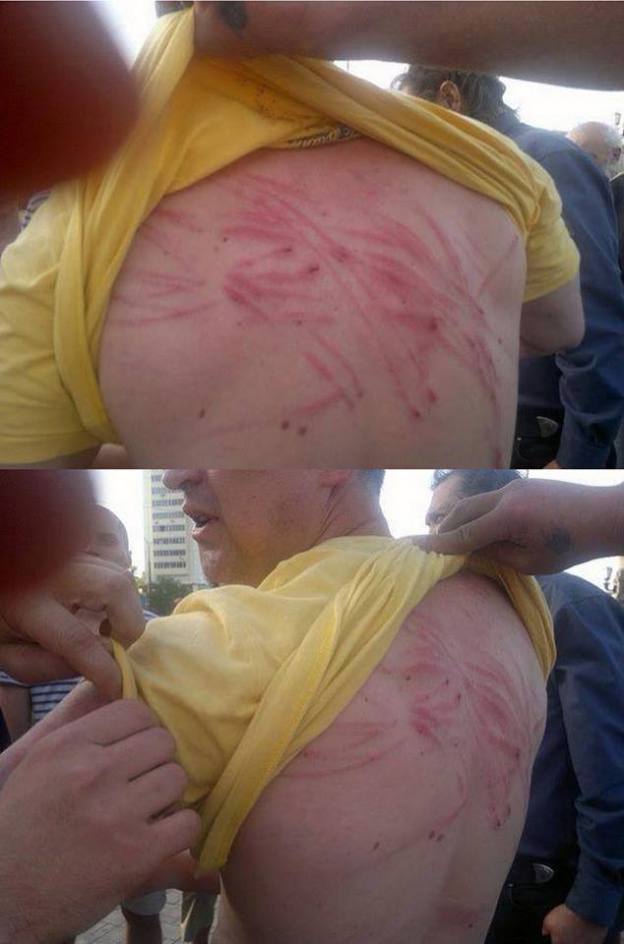 Among them were people who knew about our prayer tent, they cursed the others for what they did to me. After that, they gave me my things back and my money, then asked for forgiveness from me and that I would not be offended.

Before they started beating me I told them about Christ, called them to turn their hearts to God, and while they beat me I just prayed. I couldn’t make it to the prayer meeting in the evening because I had to go to the hospital.

Dark times have come to our region, people hate each other, they’re ready to kill, beat for a preposterous idea, and to die for those ideas. And they can not see Him for Whom it is really worth living and dying. God save the people, turn their attention to yourself.

It hurts not physically, but morally, that Ukraine is wallowing in sin, and instead of people fighting together against the enemy they are pointing their weapons at each other.” (translation thanks to Caleb Suko).