By Polina Yeremenko
04.2014–#98,  Esquire
Translated and edited by Voices of Ukraine

Deaths of Maidan
During the three months of confrontations in Ukraine, [at least] 102 people died—85 protesters and 17 law enforcement officers. Esquire talked to the relatives and friends of eight of them. [This is one of those stories]:

Antonyna Dvoryanets, 61 years old. Pensioner, a liquidator [specialist in nuclear clean up] of the Chernobyl disaster. She died under unknown circumstances on February 18, 2014 during the [armed] confrontations on Instytutska Street. Her daughter, Svitlana Storozhuk, tells her story. 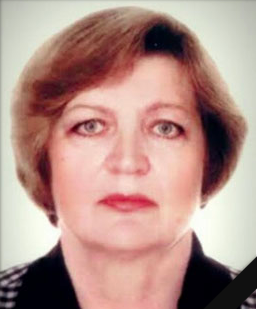 “Mom went to Maidan every day. She had to take care of her mother-in-law, who is 90 years old, and three granddaughters, but she found the time to bring food and money to Maidan. On that day, she went to the hospital, gave me a call and said, “I’ll stop by Maidan and then will come home shortly to feed grandmother.” I talked to her last at 3:23 pm EEST.

Then I call her, but she’s not picking up. Some time later, someone picked up the phone and said that my mother was being helped. And then, “Your Mom has passed away.”

It wasn’t supposed to be dangerous on that day. There was a peaceful rally that went in the direction of the Verkhovna Rada [Ukrainian Parliament], and then they gave orders to disperse it. We don’t know how she died—either she was trampled, or they hit her with a truncheon. People that were there on that day said they didn’t think about others. One woman told me, “I covered myself with my down coat and started praying that they didn’t finish me off.”

When we picked up my Mom from the morgue, there was no victory yet over the Yanukovych regime, and they didn’t want to give her back to us since she was considered a criminal.

Our Mom was never afraid of anything in her life. I think if she knew how dangerous it would be, she would still have gone. Because she was that stubborn. And so beautiful.

And petite—had the shoe size of 35 [U.S. 5], a “meter in a cap” [Russian saying for short], but she was never afraid of anything in [her] life, and raised the whole family in such a way that we were like well-behaved bunnies.

She was born in Chernobyl; she loved it so much. She went to school there, studied hydraulic engineering there, married my father there. There, my brother and I were born. As children, we picked berries and mushrooms and medicinal plants; the forests were so beautiful there.

When Maidan took off, my parents started going there and grew younger. They started walking hand-in-hand together. They haven’t done this in a long time; they haven’t embraced. They also celebrated the New Year [2014] on Maidan. We laughed then, that if our Mom went on the war path, Yanukovych had no chance [against her].

My brother and I both have had our own families for a long time now. But we haven’t stopped doing things the way our Mom tells us to. On weekends, my husband and I like to sleep in. She would open the door early in the morning, always with her key, and would come into our bedroom and say, “So, my dear son-in-law, today, on a Sunday morning, without a declaration of war, your mother-in-law has arrived.” I always told her, “Mom, why would you open the door with your key? We might be asleep. We might be undressed.” She said, “Well, get dressed, and I’ll go and put the teakettle on.”

The preschools for her granddaughters she picked out herself, and my sister-in-law and I couldn’t even get a word in. Because Grandma said so. Our Dad has it hard now. Good thing that he at least goes [to work] in Chernobyl. We try not to leave him alone. Together, we go to Maidan, to the cemetery, to church. We drop off our daughter to keep him busy. Because to hear your father sobbing—it’s very hard.

When this happened to our Mom, I started looking at people in a different way. I keep saying, “There are no Khokhols [derogatory for Ukrainians] left, only Ukrainians.” I also changed—I came to love my Motherland so much more. I am not afraid of anything anymore, after I saw my own Mom in a morgue.

I don’t know why, from 45 million people in Ukraine, where women account for over half of the population, God chose my Mom. Probably because so many men were killed, God decided: there should be at least one woman, to look after them. He chose our mother because she was the best.

That’s how I console myself. I cry out all of my mascara in half a day. They say that I shouldn’t cry, but I cannot help it. I don’t have five mothers, and I am not burying my third Mom. I am a grown woman after all, but I start crying in the evening, “I want my Mom. Anywhere, just take me to my Mom.” I want her to come in the morning and open the door with her key.

My Mom is a hero, we are all so proud of her, we should all live now in such a way that she wouldn’t be ashamed of us. But I’d like her to be not a hero, but a regular pensioner, and I would take care of her. The only dress I bought for my Mom was the dress we buried her in. I did not indulge her. I bought her a beautiful dress, navy-blue, but got the color wrong. I told her then, “Mom, sorry, I got the color wrong.” 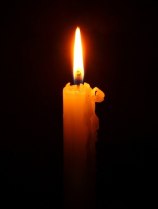