Because we are driven by love, and our enemies – by hatred.

By Peter Shuklinov.
05.14.2014
Translated by Alex Howard and edited by Voices of Ukraine.

I don’t recognise this country. It’s changed. It’s been awakened. It was always good. It never took things which belonged to others. It didn’t disturb its neighbours. It didn’t teach others how to live. It lived on its own as if it had no one else around it. For the most part, it fought only with its own stupidity and laziness. It didn’t sort its issues out with war, but in stadiums. It argued in studios and on squares until it was hoarse. Sometimes it stood up for itself, but just to make its view known.But even then it didn’t conduct military exercises, assuming there would be some conflict with its neighbours. And in general, war? Ukrainians and fighting? It doesn’t happen. Who is there for us to fight? We are on our own land, and we don’t want foreign land. And ours is ostensibly not needed by anyone. Seemingly. But now the country has changed. They beat our carefree girl. Mocked her, the bitches. Returned her to reality. They took her aside and smeared into mud everything beautiful they could find and what produced it. Freedom, you wanted, Ukraine? Blue sky, yellow fields. You loved to dream. And now there is war. And all around now are cold attitudes from Lviv to Zaporizhzhya, from Odesa to Chernihiv. You cannot hurt our little girl. We will not give up our country. We will heal her wounds and once more remember how to dream. We have changed. We grew up and learned to defend that which we love. We finally realized what we love and what’s important. Our eyes will never look at things the way they did before. The cold will remain. But we’ve become stronger. We’re ready to die for our freedom. For our country. Yes, this is our country. Big and beloved. And we will win. Because we are driven by love, and our enemies–by hatred. Glory to the fallen heroes. Our patriots do not die. Our patriots continue to live in our hearts. 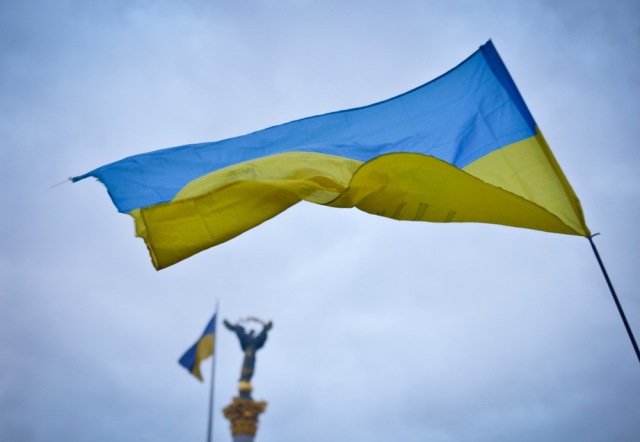 1 Response to Because we are driven by love, and our enemies – by hatred.