VOICES OF THE REVOLUTION: Occupation Memoirs of Servicemen Relocated from Crimea 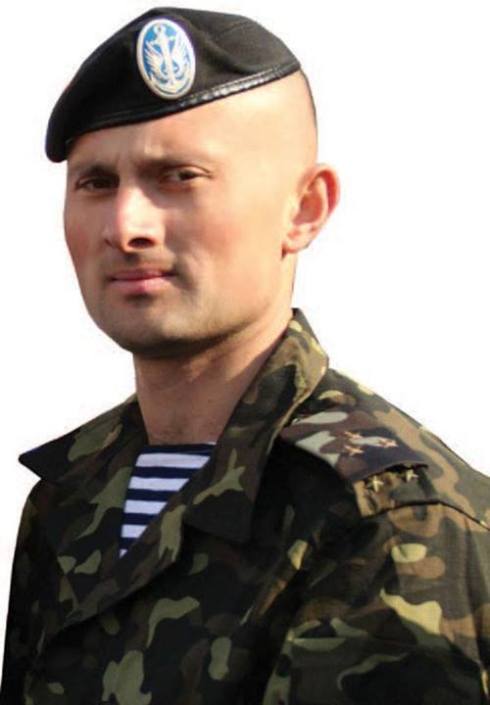 Major Volodymyr Baraniuk was born in Zhytomyr. His parents live there. This is where his wife and two children are now. His wife is from Crimea, from Feodosia. She has parents, relatives and an apartment left in Crimea. Major Baraniuk doesn’t know where his son will continue his education.Officer of Administration, Lieutenant Anatoliy Mozhoviy – “My opinion is that the Russians created for themselves a liberators’ image. That means that they came to liberate us from the mythical “banderivtsi” and “fascists” and we are to meet them with flowers. When they arrived, they began to play another role. Generals and Colonels became visiting negotiators. They proposed to us to join Russia. But we did not agree. Then came Cossacks with the skills of marines and started hazing us and our families. When this tactic appeared to be useless, they started bland corruption. And then some of us gave up. They became corrupted with promises of higher salaries, apartments and other goods. And after the 8th of March some “rotten” individuals defected. There was a moment when we were afraid that they would shoot their former comrades.

As for me, there are three kinds of renegades. The first—renegades, who joined Russia long time ago in their minds and just waited for the right moment to do it openly. The other—those who were seduced by the promises of better salaries, and, the third are those who succumbed to pressure from relatives. Some of our servicemen turned off their telephones, because they were constantly pressured by parents and wives. I don’t want to blame those who remained in Crimea, we swore not to talk bad about them.

I am from Sumy and my wife is from Crimea. My daughter is 7 months old.
We, servicemen, are not going to rest. We wait an order to relocate and continue service.”

1 Response to VOICES OF THE REVOLUTION: Occupation Memoirs of Servicemen Relocated from Crimea