Andrey Illarionov: Main Axis of Russia’s mainland invasion will be through Chernihiv to Kyiv, with tanks supported by airborne troops 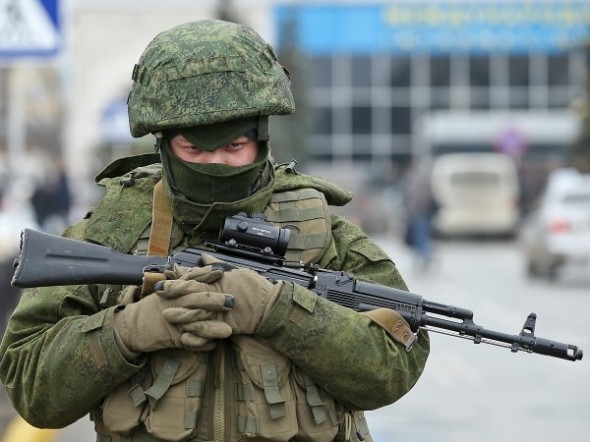 Andrey Illarionov, a former Advisor to President Putin who repeatedly warned about Putin’s plans to unleash the Russian invasion of Ukraine gives new pieces of advice on how to fend off the aggressor.

1. Two days ago I outlined the urgent steps to defend Ukraine in a series of interviews, as well as on this blog. The most urgent of them being the closure of Ukraine’s land, sea and air borders with Russia, this has never been implemented. As a result, we see assaults and seizure of Regional State Administrations in Kharkiv, Lugansk, Donetsk and Odessa by “Putin’s tourists.”

The Ukrainian border is still open and the high officials in Kyiv are still pondering whether to close it or not. They are probably waiting for the “Russian tourists” to reach Kyiv by APCs and tanks.

2. Requirements to publish the Statement by the Commander-in-Chief of Ukrainian Armed Forces and Commander of the Ukrainian Air Defense that all aircraft violating Ukrainian air space and ignoring instructions of Ukrainian military authorities will be brought down, and to follow the order to do so have not been accomplished.

As a result, we have Russian military transport airplanes landing in Crimea every 15 minutes, so far 15,000 Russian soldiers have been brought to Crimea.

3. With no orders to defend themselves and no enforcement, the Ukrainian ferry dock in Kerch, Crimea has been seized by the Russian forces. Now tens of thousands of Russian soldiers will arrive in Crimea.

5. Two days ago, the recommendation was to urgently launch a counter-propaganda media center to fight against Russian misinformation. Never done.

6. Urgent measures need to be taken to stabilize the situation in Kharkiv, Lugansk, Donetsk and Odessa. If this is not done within the immediate hours, then provocations unleashed by “Russian tourists” will lead to casualties. This will give Putin an excuse to launch a full-scale invasion of Ukraine.

7. South and South-Eastern Ukraine will be a secondary axis. The main axis of Russian invasion will be through Chernihiv to Kyiv, along which Russian tanks fortified by airborne units, will head to Kyiv.

1 Response to Andrey Illarionov: Main Axis of Russia’s mainland invasion will be through Chernihiv to Kyiv, with tanks supported by airborne troops