YURI BUTUSOV: To everyone who was on the Maidan on December 1st

Posted on December 4, 2017 by chervonaruta 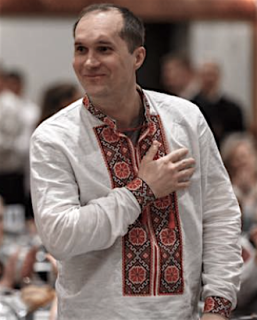 By Yuri Butusov, Ukrainian journalist and editor-in-chief of censor.net.ua
Dec. 1, 2017
Translated and edited by Voices of Ukraine

Four years ago I left the house and saw an unforgettable image. Lines of people stretched to the subway from every house in the densely populated Kharkiv massif. One subway car after another was overflowing with people, headed to the city center on a Sunday (!) afternoon (!). People were more tightly packed than even during the morning rush hour – yet there was no aggression or anxiety.

Near the Palats Sporty [Sports Palace] stop, someone in the subway car started singing the Ukrainian Anthem, and suddenly, most of the passengers joined in. That day, I would tear up more than once, including from the tear gas – but this was the first time. Before that day, I had sung the anthem at the stadium, at some events – but this was the first time I heard it sung by people who, outside of sharing their transport, were strangers. Everyone understood that the Ukrainian anthem was a password shared by those who share the struggle, an insignia for those who would no longer tolerate the insult to society, those who, on that day, decided to become a Citizen.

Everyone who sang it was declaring, ‘I’m travelling to the rally in support of the dispersed EuroMaidan.’ Dozens of strangers in the subway car used the anthem to confess to each other that they were traveling together, full of determination, and they would no longer be afraid. Later, the anthem was sung on the escalator, which was difficult to get onto – a humongous crowd filled the entire station platform, and proceeded upstairs, incredibly politely and attentively, so as not to bump into anyone. They sang the hymn in the underground passage, in the street, and then everywhere. A colossal sea of ​​people flooded downtown Kyiv, and this tremendous solidarity among the hundreds of thousands of people who didn’t know each other, showed that the people would win. That anyone who stood in the way of the people would be swept away, because there was nothing stronger in the world than this human sea.

It must have taken me over an hour to make my way from Shevchenko Park to the Maidan. There were no longer any cordons, the police and internal troops had fled, abandoning the strategically important Christmas tree, the fences had disappeared. The beginning of the rally was delayed; two honking cars could not pass through the dense crowd surrounding the Maidan from all sides. People were incredibly polite and helpful. I saw a bagpiper who played as he walked. I saw a young man in knight’s armor. The people calmly waited for the politicians to arrive, talking to each other and browsing the Internet on their smartphones.

That was when I saw things for what they were: the real Revolution. This is a whole new caliber of civil society – people who no longer needed to be entertained, who didn’t need a leader to give them speeches. People stood there consciously, and no one would back down. And another thing I clearly realized, at the very beginning of the rally, was that everything on the Maidan would be fine, that my participation would not be needed there. And I understood that the authorities would want to use some technology against the Maidan, that something shown on the evening news would have to eclipse the incredibly powerful image of Kyiv, which came to the rally almost in its entirety… To everyone who was on the Maidan, back then on the 1st of December – thank you. 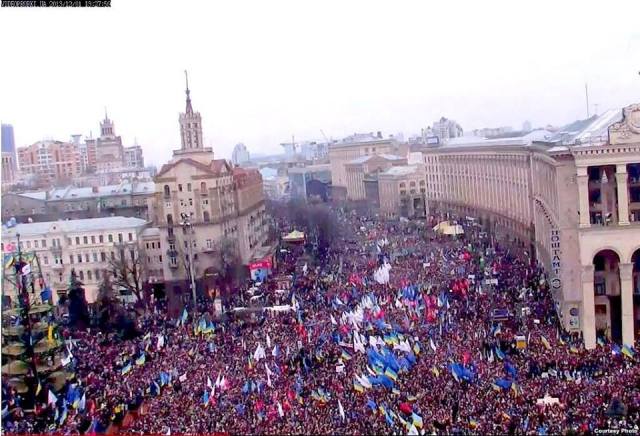 2 Responses to YURI BUTUSOV: To everyone who was on the Maidan on December 1st