Dmitry Tymchuk, Head of the Center for Military and Political Research, Coordinator of the Information Resistance group, Member of Parliament (People’s Front)
02.16.2016
Translated and edited by Voices of Ukraine

Another round of conflict escalation is observed in the ATO zone in Donbas. Russian-terrorist troops have significantly increased the frequency of shelling of the ATO forces’ positions and civilian targets, including with the use of 120 mm mortars and cannon artillery. 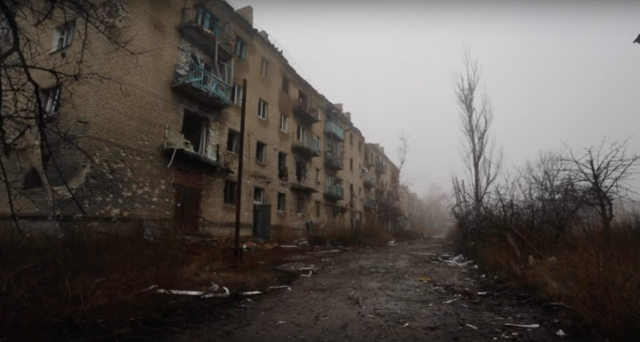 A “traditionally” tense situation is observed in the areas of Pisky, Opytne, Butovka [Mine], Zenith [position], Mar’inka, and Krasnohorivka (militants are using small arms, AGS-17’s, SPG9’s, RPG’s, underbarrel grenade launchers, and mortars). Terrorists also deployed 120 mm mortars from positions on the western outskirts of Staromykhailivka and north of the same town.

In addition to that, militant sniper groups were active in the vicinity of Mar’inka and Pisky.

Terrorists shelled the area of Zaitseve – Zhovanka, as well as the ATO forces’ positions south of Mayorsk, using heavy machine guns, automatic small arms, and 120 mm mortars. Fire came from the vegetation north of the Terykonna station [Horlivka] and the Poselok 6-7 estate, as well as from the direction of Holmivskyi.

Militants deployed 152 mm artillery from the direction of Panteleimonivka, from positions located east of the town. The detonation of eight projectiles was recorded.

Ukrainian troop positions east and southeast of Novhorodske came under heavy fire from stand-mounted grenade launchers and heavy machine guns, which terrorists fired from the direction of Shyroka Balka, Zalizna Balka, and a forested area south of the Lenin Mine waste banks.

In the vicinity of Hnutove, a terrorist group (the DRG arrived from the direction of Oktyabr) attempted to approach the ATO forces’ positions and was stopped by return fire.

A terrorist armored group (two tanks, four BMP-2’s, and two MT-LB’s) was transferred to the vicinity of Mineralne.

Two militant “Grad” BM-21 MLRS were observed on the march towards Alchevsk. Transporter-loading vehicles (TLV) were identified in the vicinity of that city.

Militants are transferring 120 mm and 82 mm mortar ammunition to the vicinity of Verhulivka. Ammunition is transferred on board of civilian vehicles. Over the past 24 hours, we observed two runs made by “Gazel” type minibuses and three runs by trucks.

The so-called “Committee to Save Odesa” (controlled by the so-called “Committee to Save Ukraine” headed by Mykola Azarov) initiated a “conference” to be held in Luhansk in late February. The “conference” plans to discuss joining the groups of former Odesa residents that are currently hiding from Ukrainian law enforcement bodies, both in Russia and in the occupied territories of Donbas. Another issue to be reviewed at the “conference” will be developing a strategy for and coordination of “resistance to the Ukrainian government.” Namely, the plan is to step up propaganda activities in Ukraine-controlled territories with the aim of creating the “Odesa People’s Republic” (best-case scenario”) or achieving a “special status [greater autonomy] of the Odesa Oblast” (as a minimum).