Dmitry Tymchuk, Head of the Center for Military and Political Research, Coordinator of the Information Resistance group, Member of Parliament (People’s Front)
01.28.2016
Translated and edited by Voices of Ukraine

Russian-terrorist troops in Donbas continue active shellings (including with the use of 120 mm mortars and the on-board weaponry of armored vehicles). In many instances, enemy infantry groups attempt to enter the neutral strip in order to shell the ATO forces’ positions with small arms. Enemy DRGs are laying minefields. In a number of sections, enemy sniper groups have been spotted.

During the past 24 hours, militant shelling was practically continuous on the stretch between Pisky and Butovka [Mine] (mainly with the use of heavy machine guns, AGS-17’s, and the multiple use of SPG-9’s). In the vicinity of Pisky, terrorists deployed APCs from the direction of the Vtoraya Ploshchadka estate (two BTR-80’s entered the private residences area and used on-board weaponry while maneuvering). Near the “Zenith” [advanced position in the vicinity of the DAP], a firefight broke out with the use of AGS-17’s, as a militant infantry group attempted to advance from the direction of private residences in Spartak. 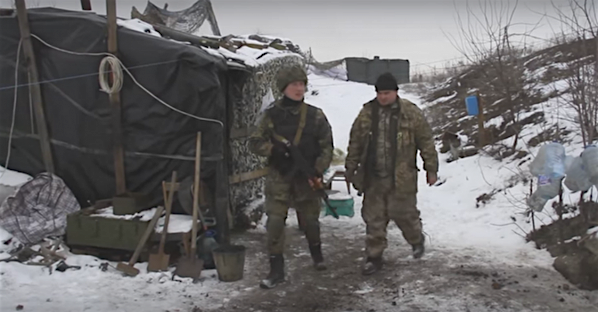 South of Troitske and east of Novhorodske, militants deployed ACVs. In the first case, one BTR-80 fired on Ukrainian troops’ advanced positions from on-board weaponry while changing position. In the second case, a group of two BMP-2’s and one BTR-80 entered a forested area from the direction of the Zalizna Balka river following which, one of the BMP’s opened precision fire on the ATO forces’ advanced stronghold from a 30 mm automatic cannon. While the armored group was retreating, the BTR opened fire [to provide cover]. In both cases, militants also used AGS-17 grenade launchers and 82 mm mortars.

Reinforcements are arriving for the armed gang operating in the vicinity of Staromykhailivka (in the Krasnohorivka direction of operation). During the past 24 hours, at least a platoon’s worth of personnel and up to five ACVs (two BMP-2’s, and MT-LB’s) were transferred here.

We received updated information on terrorist tanks and artillery in Donetsk. The IR group’s network identified a battery of eight 122 mm D-30 howitzers and 11 tanks in the private residences area south of Stratonavtiv Street. The equipment is spread out around homestead yards.

A militant command point has been deployed in Stakhanov. This command point will cover the two sectors between Sanzharivka and the Bakhmut motorway. Another militant battalion tactical group (BTG) is being deployed near Stakhanov, in the direction of Bryanka and Irmino. 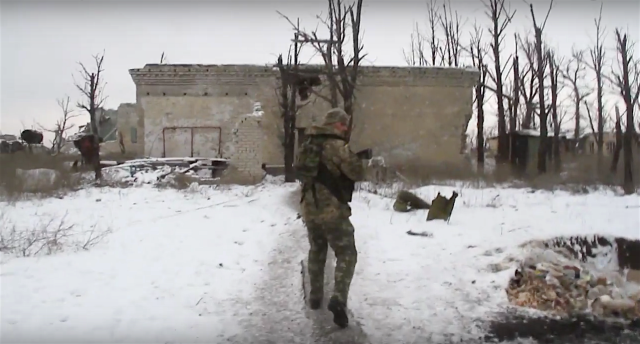