Dmitry Tymchuk, Head of the Center for Military and Political Research, Coordinator of the Information Resistance group, Member of Parliament (People’s Front)
01.13.2016
Translated and edited by Voices of Ukraine

In the context of the escalation of conflict in Donbas, Russian-terrorist troops have became more active, not only along the demarcation line in areas controlled by the “DNR,” but also in the Luhansk oblast.

During the past 24 hours, militants shelled the ATO forces’ positions in the vicinity of Pisky (using heavy machine guns and 82 mm mortars from the private residences sector south of the Volvo Center’s [23b Sofiiska Street] – Vtoraya Ploshchadka estate). [The ATO forces’] positions along the Donetsk Bypass, near Opytne, and south of Avdiivka were shelled from grenade launchers and 82 mm mortars; the use of two ZU-23-2’s was also reported. Several militant firing groups were operating from the direction of the DAP and Spartak, and from the direction of the Yasynuvata junction. Mortars were used to provide cover for infantry groups moving through the neutral zone.

A militant group approached the area north of Krasnyi Partyzan from the direction of Panteleimonivka and shelled the ATO forces’ stronghold located southeast of Verkhnotoretske (two SPG-9 details were operating). In the vicinity of Mar’inka, two militant infantry groups advanced to the neutral zone and opened fire from RPGs.

North of Staromykhailivka, a militant armored group advanced (three BTR-80’s). In addition to that, terrorists shelled Krasnohorivka and the road north of the town twice over the past 24 hours, using heavy machine guns and AGS-17’s.

Militants fired on the ATO forces’ stronghold using an AGS-17 from the direction of the Zalizna Balka [river] and the waste banks of the Lenina Mine. The Ukrainian troops’ stronghold southwest of Mayorsk was also shelled from stand-mounted grenade launchers.

Attempts at a “creeping occupation” continue on the part of Russian-terrorist troops. Namely, a militant infantry group was discovered in the “gray zone” near the Dolomitne and Travneve (area of Novoluhanske), attempting to advance towards Semyhirya. The group was stopped by the ATO forces’ fire.

The militants are transferring armored combat vehicles and motor vehicles to the area of Alchevsk and Perevalsk (up to 10 motor vehicles, nine ACVs, mainly BMP-1 and MT-LB, as well as several BTR-70’s and BTR-80’s). The headcount is up to two companies – 150 personnel.

In the area of Dokuchajevsk, militants are regrouping their forces: we observed the movement of five armored vehicles (four MT-LB’s and one BMP-2), and a mortar detail on board of motor vehicles (four 2B9 “Vasilek” mortars).

The militants are transferring armored vehicles to the vicinity of Mospyne: 12 tanks and 8 ACVs (BMP-1, BMP-2, BTRs); several fuel trucks were also seen on the move. 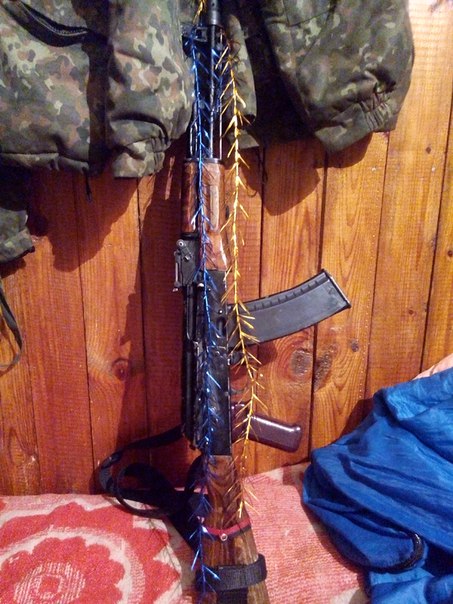