Dmitry Tymchuk, Head of the Center for Military and Political Research, Coordinator of the Information Resistance group, Member of Parliament (People’s Front)
12.11.2015
Translated and edited by Voices of Ukraine

Operational data from Information Resistance – the sociopolitical situation in the occupied regions of Donbas:

Under the instruction of their Russian supervisors, leaders of the illegal armed gangs in the Donetsk People’s Republic [DNR] have been prohibited from issuing reports (used for calculating the bonuses paid to participants in military operations) that disclose the artillery strikes made on Ukrainian troop positions and targets under Ukrainian control.

Deputies of the “People’s Council of the DNR” have submitted a proposal to their Russian supervisors for the creation of an “industrial outpost” to protect and promote the Russian Federation’s interests on occupied Donetsk oblast territory. In view of the “DNR’s” industrial potential and pool of skilled labor, the Russian side has received a proposal for the establishment of a special industrial zone, serving as an example of the “benefits” and “superiority” of the “self-proclaimed republic’s” relationship with Russia. Discussions are currently under way to set up a military-industrial corporation that would unite the “DNR’s” high-tech enterprises, while virtually all of its assets would be under Russian control. 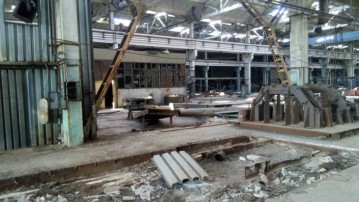 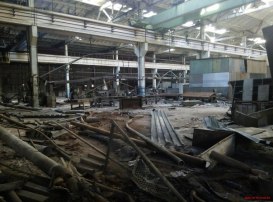 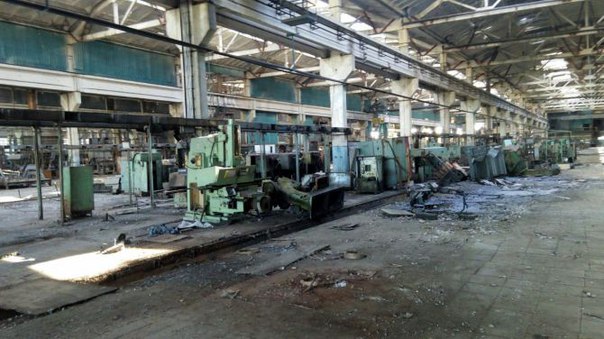 Meanwhile, the equipment at Luhanskteplovoz [Luhansk Diesel Locomotive Plant] is being removed and sold for scrap metal. Source

Rail freight movements from the “Luhansk People’s Republic [LNR]” through the “Debaltseve” railway station have been banned since late November. According to data received by the IR group, the “DNR” ban came about because the management of the “Donetsk Railways” state enterprise contested the formation of the “LNR’s” own railway sector enterprise (“Luhansk Railways”) announced back in May of 2015. If coal shipments from “LNR” territory to Ukrainian thermal power plants were to resume, their delivery could be blocked by a continuation of the ban.

Due to their failure to pay the “LNR’s” so-called state budget “tax,” the “LNR” leader, Ihor Plotnitsky has prohibited the “Alchevsk Metallurgical Plant” Public Joint Stock Company from shipping its output by rail.

The “LNR” leader, Ihor Plotnitsky, has instructed the “LNR Ministry of Political Information” to ensure wide public awareness of the results of the “LNR” leader’s work, and that of the foundations headed by his wife (“Slavyanskaya Shchedrost” [Slavic Generosity] and “Dobrotolyubiya” [Goodness Above All]). At the same time, he emphasized the need for harsher media criticism of the work of both the “LNR parliamentary deputies” and of certain ministers.

The mass deportation of Ukrainian citizens from Russia, formerly resident in Donbas, has noticeably deteriorated the social situation in the “DNR/LNR.” Inhabitants of Donetsk and Luhansk oblasts, forced to return from Russia, have found their homes “legally” occupied by militants, in reality making them homeless. The serious conflicts flaring due to these circumstances have recently been on the rise.

The Russian supervisors of “DNR” leader Oleksander Zakharchenko have warned him that the leaders of the Russian Federation are worried about “wholesale sabotage” and extensive corruption in the “DNR’s” top ranks. In particular, Zakharchenko is accused of attempting to personally control all financial flow within the “DNR” by any possible means, including the threat of physical violence, and the arrest of “DNR officials.” Zakharchenko’s behavior is considered unacceptable by Moscow. 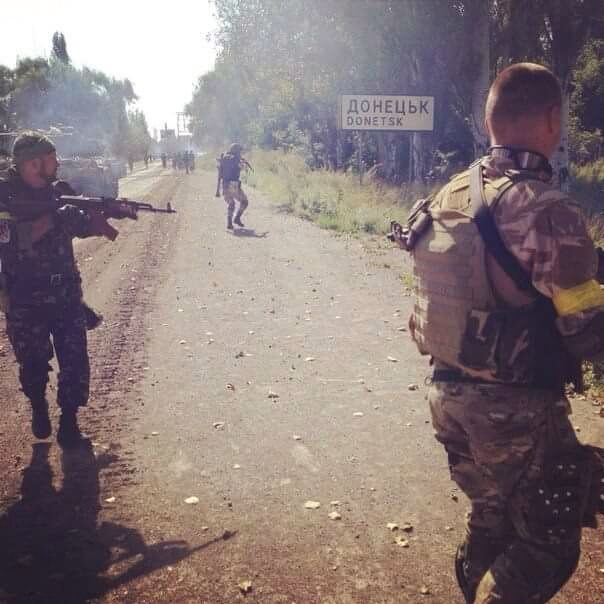