Posted on December 7, 2015 by Maria Stanislav

Dmitry Tymchuk, Head of the Center for Military and Political Research, Coordinator of the Information Resistance group, Member of Parliament (People’s Front)
12.07.2015
Translated and edited by Voices of Ukraine

During the past weekend (12.05.–12.06.2015), Russian-terrorist troops in Donbas continued actively firing on ATO forces’ positions and civilian targets in a number of sectors. Militants used small arms, 82 mm and 120 mm mortars, the on-board guns of armored combat vehicles and grenade launchers. Enemy tactical groups made attempts to directly engage ATO units, and to approach advanced Ukrainian troop units to fire at them from an effective small arms range.

The appearance of militant heavy armor (tanks) and artillery at the front line, which had been previously withdrawn according to the Minsk agreements, was noted in several sections simultaneously. At this time, these armaments are not being used (they are camouflaged at front-line positions).

The highest terrorist activity was recorded in the vicinity of Horlivka, as well as west and northwest of Donetsk. During the past 24 hours, militants fired on ATO positions near Krasnohovirka, Pisky, and Avdiivka, as well as along almost the entire contact perimeter between the “Horlivka garrison” and Ukrainian troops (firing was particularly active in the directions of Shumy, Mayorsk, Zaitseve, and east of Zaitseve). Militant activity was also noted in the vicinity of Troitske, Shyrokyne, and Shchastya.

Militants made three attempts to attack the ATO forces’ positions.

Thus, northwest of Staromykhailivka, a terrorist group of up to one platoon in strength (up to 30 personnel), supported by four 82 mm mortars, one ZU-23-2 anti-aircraft gun, and two BMP-2 infantry fighting vehicles (firing from a stationary position), covertly proceeded towards an advanced ATO stronghold in the vicinity of Pisky. After a mortar fire attack, the group attempted to engage the Ukrainian unit in close combat. The covert movement of the militant infantry group was duly spotted by the lookouts of the stronghold’s battlefield security, and the enemy was subject to heavy fire from automatic rifles and machine guns. Following that, militants were forced to fall back to their original line, all the while actively returning fire. During the retreat, the enemy actively fired on ATO forces’ positions from mortars, AGS-17 type automatic stand-mounted grenade launchers, ZU-23-2 and the on-board weaponry of a BMP-2. 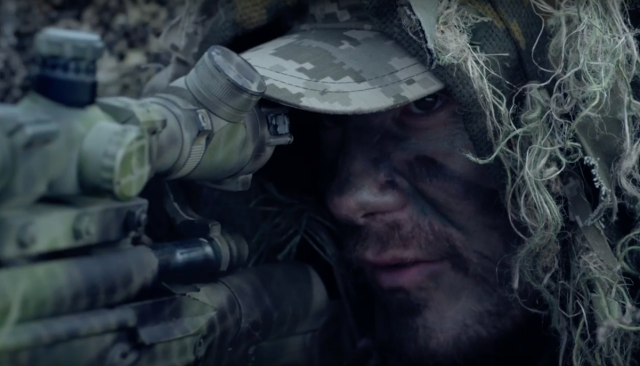 Militants followed a similar scenario south of Novhorodske and in the vicinity of Shumy – Zaitseve. Near Novhorodske, an enemy DRG attempted to infiltrate the ATO forces’  tactical rear under cover of heavy fire on the Ukrainian troop positions (militants fired heavily on strongholds south of Novhorodske throughout Sunday, using small arms, and 82 mm and 120 mm mortars); the resulting skirmish was a firefight. In the vicinity of Shumy – Zaitseve, militants employed several armored combat vehicles (APCs and BMP-2) and operated with relatively large infantry groups (45-50 personnel in each). The assault was “accompanied” by fire from 82 mm mortars, the on-board weapons of ACVs, and ZU-23-2.

The level and manner of organization of these skirmishes demonstrate the lack of foresight and a considerable nervousness in the militant tactical command: terrorist groups often fire unsighted, act in an erratic and “ad hoc” fashion, and make frontal assaults against the battlefield security and positions of Ukrainian troops. The level of coordination of forces and equipment during these attacks and armed provocations is notably low.

The enemy continues growing (reinforcing) their tactical groups concentrated in the vicinity of Horlivka. Further accumulation of forces and equipment in this area can result in the creation of a militant strike group capable of operating in the northern (Artemivsk), northeastern and northwestern directions.

Terrorists also continue reinforcing their units concentrated on the stretch from Spartak and Donetsk International Airport (DAP) to the northern outskirts of Horlivka. A militant armored group (several BMP-2) was spotted transferring to the vicinity of Ozeryanivka. A militant reinforced motorized rifle company (eight ACVs and a mortar battery of six 2B9 82 mm automatic mortars) is concentrated near the Haharina (Hlyboka) mine town. A similar reinforced company was transferred towards the Stroiteley residential estate in [western] Horlivka; four terrorist tanks were recorded south of the area (camouflaged among private residences).

The group deployed along the Novooleksandrivka – Veselohorivka – Sanzharivka line continues receiving reinforcements. Terrorists are covertly transferring personnel (in 25-30 person groups) to this area through Irmino and Stakhanov (Almazny). Six ACVs (MT-LB multi-purpose transporters and BMP-1) arrived in this area during the weekend.

An armored group consisting of six MT-LB and three BMP-1 advanced from the direction of Luhansk towards Stanytsia Luhanska (according to our preliminary data, to provide reinforcements for militant checkpoints).

Two MT-LB transporters with Strela-10 anti-aircraft systems were spotted in the vicinity of Makiivka, transporting to the southern regions. 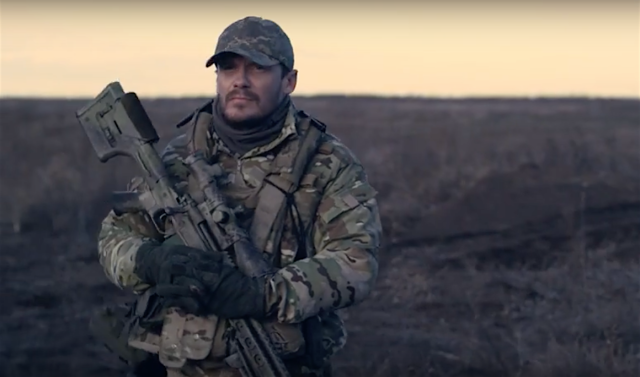