Posted on December 6, 2015 by chervonaruta

Dmitry Tymchuk, Head of the Center for Military and Political Research, Coordinator of the Information Resistance group, Member of Parliament (People’s Front)
12.03.2015
Translated and edited by Voices of Ukraine

In the past 24 hours, Russian-terrorist troops fired on Ukrainian troop positions and settlements under Ukrainian control in Donbas, with small arms and 82 mm and 120 mm mortars, SPG-9 recoilless guns, ZU-23-2 anti-aircraft cannons, and AGS-17 stand-mounted grenade launchers. Enemy DRG [sabotage and reconnaissance units] continue gathering intelligence on the combat formations of ATO [Anti-Terrorist Operation] forces and laying mines, while on a number of sections in the neutral zone militant infantry groups continued their attempts to provoke ATO forces into skirmishes with the aid of heavy weaponry.

Ukrainian troop positions near and south of Hranitne came under fire from 82 mm mortars, after which the terrorists fired more shots from AGS-17s.

Militants fired on areas west and northwest of Donetsk, and near Avdiivka and Horlivka, using mortars (both 82 mm and 120 mm), ZU-23-2s, and grenade launchers (an anti-tank guided missile system [ATGM] was observed in action). ATO forces’ positions near Pisky, Krasnohorivka, Mar’inka, Opytne, and Novhorodske were also fired on.

Near Zaitseve, militant infantry groups attempted to infiltrate the neutral zone before opening fire. Advanced units of the ATO forces spotted the terrorists moving forward; upon opening fire, the enemy was stopped by heavy return fire from machine guns and automatic rifles, and retreated to their starting line. On the stretch east of Zaitseve, two armored fighting vehicles (BMP-2 and BMP-1) provided covering fire for the movements of small militant infantry units.

Similar movements to the front line by terrorist infantry groups under covering fire from the on-board weapons of two armored fighting vehicles (BMP-2 and BTR-80) were recorded in the section near Krasnohorivka.

North of Avdiivka, two militant infantry groups mounted a tactical-level “attack operation.” One terrorist group diverted attention with intense fire from one direction, while a second group tried to approach the ATO forces’ stronghold from the other direction (from Kruta Balka). The enemy advance was detected, and the militants retreated under retaliatory fire.

Near Shyrokyne, a militant group equipped with 82 mm mortars was again recorded, having arrived from the area near Sakhanka. A terrorist group with AGS-17s also arrived to the same vicinity from Bezimenne.

Near Shchastya, militants opened fire from small arms and AGS-17s. There was considerable movement of militant groups along the front line, observed along the Krymske–Novotoshkivske–Sokilnyky stretch. New terrorist weapon resources were noted near Stanytsia Luhanska.

Militant troop reinforcements have been observed at Mineralne (Yasynuvatskyi district). An armored vehicle group arrived in the area: four BMP-2 infantry fighting vehicles, two multi-purpose light-armored transporters (one with a ZU-23-2), and three Kamaz trucks with manpower and ammunition.

South of the Verkhnjekalmiuske [Upper Kalmius] Reservoir, militants are equipping artillery positions for a six-gun battery of 122 mm D-30 howitzers (brought in from the artillery group deployed east of Horlivka).

“Military commissariats of the Donetsk People’s Republic [DNR]” are actively recruiting citizens between the ages of 18 and 50 for contracted military service in the “1st DNR Army Corps” units. Privates are promised a pay of about 15 thousand rubles [USD 220]. Given the lack of jobs and low wages in the civilian sector, a significant number of locals, including women, say they want to serve in the “DNR army.”

The “Luhansk People’s Republic [LNR]” has prepared a “draft Law of Ukraine” entitled: “On legally withholding from prosecution and punishment persons who have participated in the events in Donetsk and Luhansk oblasts.” The “law” proposes to relieve from criminal liability any perpetrators of acts that constitute an offense under the Criminal Code of Ukraine, committed on the territory of Donbas, provided such perpetrators: were members of military formations or persons involved in the activities of such groups; participated in the activities of the self-proclaimed state authorities in certain districts of Donetsk and Luhansk oblasts; have opposed the conduct of the antiterrorist operation (since 02.22.2014). The draft law also provides for the cancellation of all criminal proceedings instigated by the Prosecutor General’s Office of Ukraine and the discharge from criminal and administrative liability of persons, including those under investigation or already convicted by the courts of Ukraine, for participating in the activity of the “LNR/DNR.”

An analytical brief addressed to the “DNR” leader Oleksander Zakharchenko was prepared based on the results of the analysis of the “republic’s” current information space conducted by the “Control Center for DNR Revival” (headed by Vladyslav Tomashevskiy). The brief contains recommendations for the coverage of specific themes by media. According to the brief, 24,017 copies of “thematic” literature have been distributed among “DNR” media since 07.01. 2015, covering the themes defined by the relevant “DNR” agencies. The themes included: “Alleviating social tension” (5,653 copies), “Ukraine is to blame for Donbas’s troubles” (4,423 copies), “The (economic) achievements and development prospects of the DNR” (3,903 copies), “Promotion of Oleksander Zaharchenko” (2,278 copies),”Further elaboration on the ‘junta’” (2,033 copies), “Russia’s support for the republic” (1,016 copies), and others.

The “Peace for Luhansk Land” association (controlled by Ihor Plotnitsky) is working on three projects aimed at increasing the membership of the association and at fostering its positive image among the population of the “LNR.”

The three projects are: 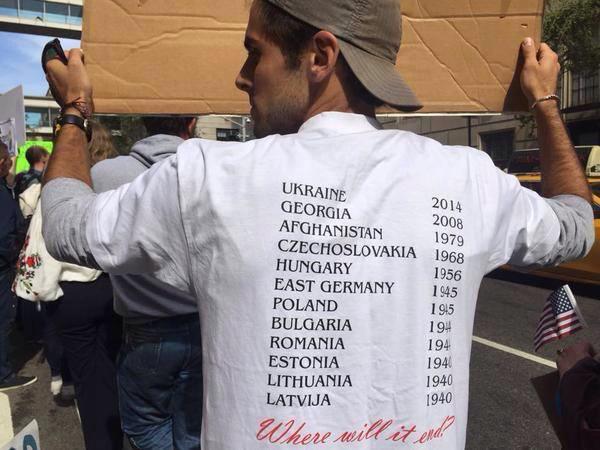