Dmitry Tymchuk, Head of the Center for Military and Political Research, Coordinator of the Information Resistance group, Member of Parliament (People’s Front)
11.25.2015
Translated and edited by Voices of Ukraine

Rumors are being disseminated among the mid-level command staff of the “DNR” [Donetsk People’s Republic] and the “LNR” [Luhansk People’s Republic] about the preparation of a large-scale offensive by Russian-terrorist troops in Donbas, planned for December 2015. This offensive is allegedly meant to be preventive, to disrupt the offensive [supposedly] planned by the Armed Forces of Ukraine in late December–early January. According to the rumors, a large-scale (nationwide, in some variants of the rumor) mobilization is in the works in Ukraine-controlled territory, due to which male [Ukrainian] citizens aged under 45 are, supposedly, forbidden to leave the territory of Ukraine.

During the past 24 hours, Russian-terrorist troops, in the course of active firing at the ATO forces positions in Donbas, used the “traditional” combination of small arms, grenade launchers, 82 mm and 120 mm mortars, ZU-21-2 anti-aircraft guns, and the on-board weaponry of armored combat vehicles.

Namely, terrorist actively fired on the positions of Ukrainian troops in the Donetsk direction. ATO forces’ advanced positions and strongholds were shelled in the vicinity of Pisky, Opytne, Avdiivka (and north of the town); while militants in the area of Mar’inka attempted sniper fire under cover of several 82 mm mortars.

On the section [of the front line] across from Donetsk International Airport (DAP), terrorists used four armored combat vehicles (two BMP-2 infantry fighting vehicles, one BMP-1, and one BTR-80 armored personnel carrier) to shell the ATO forces’ positions. Fire was delivered from previously occupied and camouflaged positions on the front line; after firing, the ACVs promptly retreated behind militant combat lines.

Terrorists shelled the ATO forces’ positions near Shchastya and northeast of Luhanske using small arms (including heavy machine guns), grenade launchers, and 82 mm mortars. In these areas, as well as south of Donetsk, enemy infantry is active at the front line.

Militants also do not cease attempts to engage the advanced positions of the ATO forces with mass grenade launchers and 82 mm mortar fire, in the northern and northwestern outskirts of Horlivka (Mayorsk, Shumy, Novhorodske, Zaitseve). Several enemy infantry groups (up to 20 personnel each) fired from the neutral zone using AGS-17 automatic grenade launchers, RPGs, and SPG stand-mounted grenade launchers.

Militants fired on ATO positions north and northeast of Krasnohorivka from the direction of Staromykhailivka, using 120 mm mortars and stand-mounted grenade launchers.

In Donetsk, militants are actively using Stratonavtiv Street as well as the remains of the Putylivska and Yasynuvatska junctions as a kind of lateral road for transporting personnel and armaments, and for maneuvers of forces and equipment on the stretch between Pisky and Avdiivka. Every day, the transfer of personnel (up to a company), mortars, ZU-23-2 and light armor is observed.

Northeast of Kruta Balka (Yasynuvata district), militants distributed a tactical group throughout ravines and forested areas. The group consists of 14 armored vehicles and up to 150 terrorists, divided into several infantry groups (according to our preliminary information, a battery of 120 mm mortars was also transferred to this area).

In the next week, “LNR” militants are expecting several trains of fuel tankers to arrive at Krasnodon station from Russia, at least 8-10 tankers in each batch. In total, the expected shipment is at least 20 thousand tons of fuel. This fuel is intended for the “needs of the republic” as well as to resupply the fuel stocks of the “2nd Army Corps of the LNR.”

Militant activity is increasing along the Snizhne – Donetsk line. Several militant groups were observed advancing towards the front line in this area. 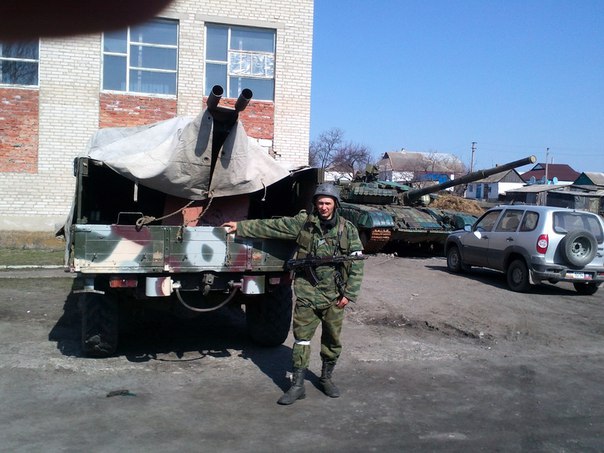 Terrorist command transferred a unit of militants (on board of 6 trucks), one MT-LB with a 120 mm mortar, and two BTR-80 armored personnel carriers to the front line section near Styla, from the direction of Starobesheve.

Additional militant forces and equipment are concentrated along the Kalmius river, on the stretch between Pervomaiske and Staromarivka: at least two motorized infantry companies (180 militants concentrated in several areas, plus sixteen armored combat vehicles and transport vehicles, are concentrated and camouflaged east of the Telmanove-Starobesheve motorway). Located beyond this motorway are the positions of a second militant tactical group (including 8 tanks in camouflaged positions), as previously reported by the IR group. 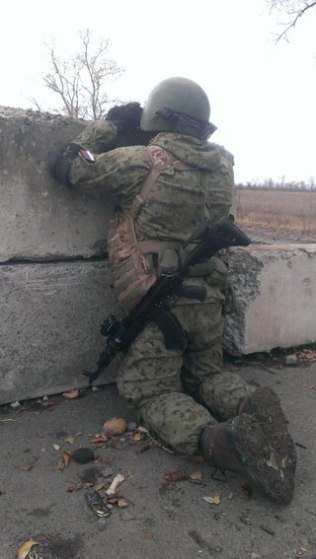 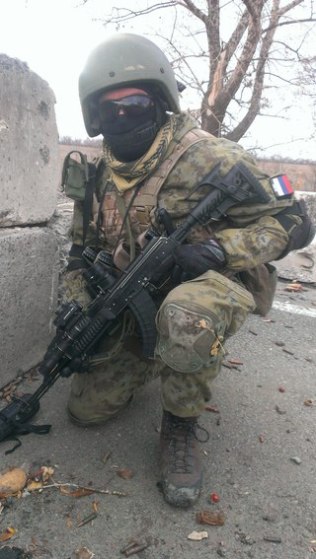 We are observing the activity of several militant infantry units (up to one battalion in combined strength), previously transferred to the vicinity of Shyrokyne, Sakhanka, and Zaichenko. These include three mortar batteries (four to six 82 mm and 120 mm mortars in each).