Posted on November 5, 2015 by Maria Stanislav

Dmitry Tymchuk, Head of the Center for Military and Political Research, Coordinator of the Information Resistance group, Member of Parliament (People’s Front)
11.04.2015
Translated and edited by Voices of Ukraine

Russian-terrorist troops in Donbas continue active armed provocations with the use of small arms, hand-held and automatic grenade launchers; plus, the use of mortars and ZU-21-2 anti-aircraft guns was also recorded.

The provocations were the most active in the stretch between Pisky and Avdiivka; ZU-23-2 were used in the area of DAP [the Donetsk Airport]; while the ATO positions near Shchastya and Trokhizbenka were fired on with small arms and grenade launchers.

In the vicinity of Pryshyb and Sokilnyky, as well as south of Trokhizbenka, militants carried out a rotation of their units. Significant numbers of militant grenade launcher groups (platoons, with 2-3 AGS-17 and AGS-21 in each) appeared in these areas, on board of all-terrain vehicles. Their operation tactic is to make a brief fire assault, then leave of transport for a swift change of position

Near Troitske, north of Avdiivka, and in the area of Hranitne, militants are actively attempting to covertly lay minefields on the nearest approaches to the ATO forces’ strongholds and advanced positions, as well as in the neutral zone. They are mainly using different kinds of tripwires (with anti-personnel land mines, including OZM-72, as well as hand grenades). Controlled and unguided mines are used rarely, only for targeted sabotage (attacks on the ATO mine-sweeping groups, destruction of armored vehicles and transport, and targeted demolition).

Reinforcements are actively arriving for the Telmanove militant tactical group, which is a key unit for the terrorists’ south flank, and had suffered losses in the course of clashes by Starohnativka this summer. The reinforcements include personnel, as well as mortar units and armored vehicles (over the past 24 hours, six ACVs, three BMP-2 infantry fighting vehicles, and three BTR-80 armored personnel carriers.

Heavy armor that should be withdrawn from the demarcation line is still observed at the front line of the militant troops. A division of 122 mm 2S1 “Gvozdika” self-propelled artillery guns (8 units), and at least three 152-mm 2S3 “Akatsiya” guns are camouflaged at positions near Kruhlyk; in wooded areas northeast of Ivanivka, eight APCs (BTR-70 and BTR-80), five tanks, and several positions with anti-aircraft systems; south of Lutuhyne, 16 units of BMP-1 and MT-LB on a field site, as well as 18-20 AVCs and 8 tanks of different types on camouflaged positions (concentrated in one group).

Inspection of units of the “4th SMRB [separate motorized rifle brigade]” of the “2nd LNR army corps” is planned for 11.20.2015, with participation of Russian supervisors (officers of the 12th Reserve Command of the Russian Southern Military District). At the same time, the rocket artillery division of the “4th SMRB” received orders to relocate from the vicinity of Krasnyi Luch to the area of Brianka, Luhansk oblast – which is inside the zone that should not contain heavy armaments. Reconnaissance units of the “4th SMRB” near Slovyanoserbsk are scouting Ukrainian army positions.

By order to the “head of the LNR” Ihor Plotnitsky, disbandment has begun of the so-called “territorial defense” units of the terrorist organization “LNR” [Luhansk People’s Republic].

Information is actively circulating among the “DNR” [Donetsk People’s Republic] militants concerning the [planned] formation of the unit “Kharkiv Corps” in the territory temporary not controlled by Ukraine. 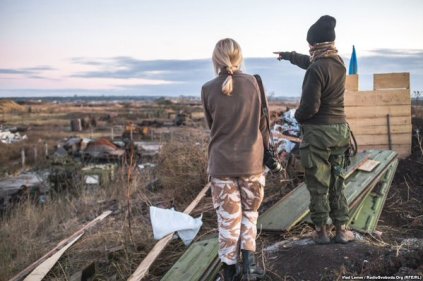 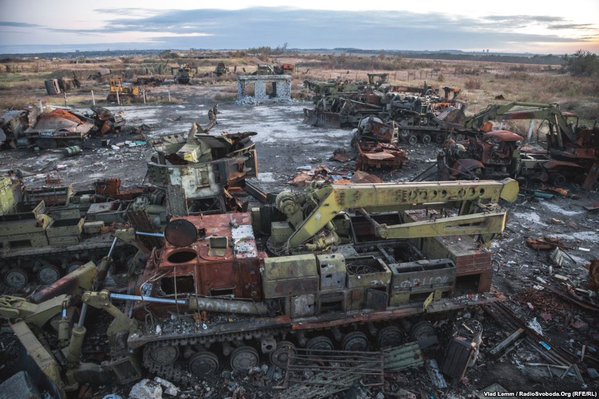 Positions of “Zenith” near Donetsk Airport. Photographs by Vlad Lemm/RadioSvoboda.org