Posted on November 2, 2015 by Maria Stanislav

Dmitry Tymchuk, Head of the Center for Military and Political Research, Coordinator of the Information Resistance group, Member of Parliament (People’s Front)
10.31.2015
Translated and edited by Voices of Ukraine

Provocations by Russian-terrorist troops continue in the ATO [anti-terrorist operation] zone. Russian TV camera crews are present among militant groups in several sections at once, intending to record ATO forces’ fire in case they rise to the provocation and return fire. Terrorists also continue reconnaissance, by means of sabotage and reconnaissance groups, and optoelectronic and radio intelligence equipment (the enemy’s radio intelligence equipment is operating on air from the occupied territory, as well as from the Russian territory, working for the benefit of militant groups).

During the past 24 hours, militants opened fire on multiple occasions, from small arms (in the area of Shumy, Maiorsk, east of Zaitseve, north of Starohnativka, and south of Popasna), and in several areas from mounted grenade launchers (in the vicinity of DAP [Donetsk Airport], Pisky, and Opytne).

Gradual withdrawal (in successive bouts) of the main bulk of militant artillery deeper into their combat formation is observed in a number of areas at the same time. Terrorist artillery groups recorded by IR earlier are on the march (in the area of Perevalsk, between Starobesheve and Kuteynikove, Krasnyi Luch – Antratsyt – Rovenki, and south of Luhansk), currently in direct proximity to the Russian border. That said, no en masse crossing of the state border with Russia by artillery groups was observed.

At the same time, a large potion of militant heavy armor remains in direct proximity to the demarcation line (predominantly camouflaged in the industrial areas of settlements, warehouses, freight terminals, workshops). One of the groups we recorded was transferred to the area of Horlivka (near the “Styrol” plant), another, beyond Dokuchajevsk; one more was spotted south of Luhansk, marching towards Krasnodon. It is quite obvious that these artillery groups (mainly consisting of D-30 howitzers, 122 mm self-propelled 2S1 guns, and 122 mm BM-21 [Grad] MLRS) are being withdrawn from the demarcation line solely for regrouping and resupply.

Militants on the front line section between Pervomaisk and Slovyanoserbsk are “reformatting” armed gangs in connection with the latest events in the “LNR” [Luhansk People’s Republic]. In a number of units, the command is undergoing changes, while some gangs are sent to be reorganized. Several very well-armed and equipped “units of central subordination” of the LNR are arriving to Stakhanov and Alchevsk on board of armored vehicles in order to neutralize militant formations that may be inclined to disobey the “LNR” command. 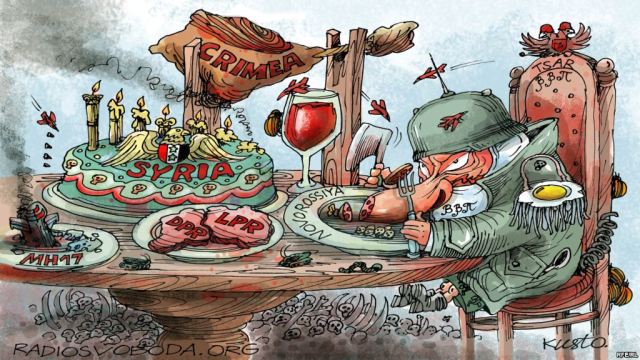