By Nadiya Savchenko via her lawyers Mark Feygin and Nikolai Polozov
03.11.2015
Translated by Maria Stanislav and edited by Voices of Ukraine 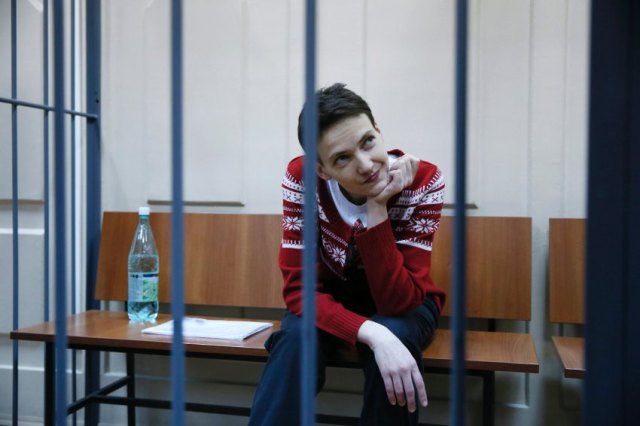 Ukrainian air force pilot and member of Ukrainian Parliament Nadiya Savchenko sits in a cage in the court room at the Basmanny District Court in Moscow, Russia, March 4, 2015. The court hears Savchenko’s appeal against investigator’s refusal to let her attend a session of the Parliamentary Assembly of the Council of Europe (PACE) in Strasbourg. EPA/YURI KOCHETKOV

On 11.03.2015, Nikolay Polozov, Nadiya Savchenko’s lawyer, met with Nadiya, who gave him another letter addressed to the people. The letter, tweeted by Mark Feygin earlier today, reads:

“To Ukrainians, to the people.

Starting from March 5, 2015, I agreed to eat broth, to avoid getting hospitalized in a Russian hospital and force fed, and also in order to be visited by Ukrainian doctors, since German and Russian doctors already had the opportunity to examine me.

Today is already 03.11.2015, and yet Russia still won’t grant Ukrainian doctors permission to examine me! Meanwhile, Russian doctors are taking me off the hunger strike by introducing more and more new products into my diet. They aren’t always good for me – in fact, they are already causing me acute pancreatitis! I understand that for the doctors here, as well as the Russian Federation’s investigative committee and the Russian government, the most important thing is switching me back to [eating from] the regular prison pot and shipping me off to jail again, to make sure the investigation can last forever!

Unless Ukrainian doctors are granted access to me before the end of the week to correct the way I am being reintroduced to food, then, starting from Monday 03.16.2015, I am refusing food again and resume my hunger strike – until I can meet with doctors from Ukraine!

I have submitted an appropriate statement to the FSIN [Federal Penitentiary Service] of Russia. 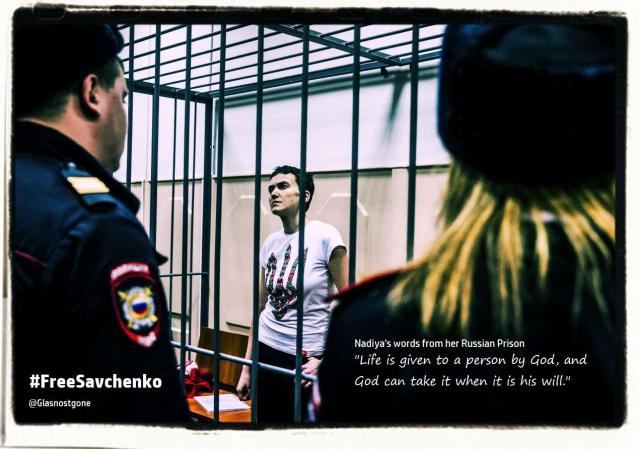 Poster image by Alex King (@GlasnostGone) for the #FreeSavchenko campaign.