A cri de coeur, or a confession.

By Marta March
01.05.2015
Translated and edited by Voices of Ukraine (Clifford Marcus) 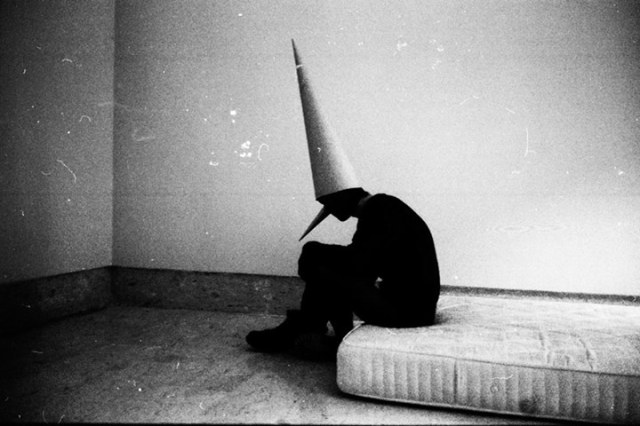 This is very personal. A cri de coeur, or a confession. Forgive me if you can. I feel I am starting to despair of Facebook and I am thinking that maybe it is time to leave.

I grew up on the edge of western Ukraine, I left when I was young, I had no direct experience of Russian people or culture. The individual Russian émigrés I met here were not all the same and I reached full maturity in cultured, tolerant and progressive New York. In the last year I have spent nearly all my time on the Russian language Facebook. I felt I was discovering new lands, I was passionate and open to all impressions. At first I came across everyday Russian culture and a dense mass of Russians with varying levels of education and development. Some I knew closely, I even got attached or grew fond of them. There are plenty of completely normal, fine, decent, able people, all of them added me to their friends and followers. I benefited from their spiritual warmth. But most of them frighten me and increasingly push me away from Russian language Facebook. These people taught and continue to teach me to hate fiercely until I get pains in my chest, I go to sleep feeling angry, grind my teeth and dream about killing and torturing them with my own hands.

I never felt such feelings in my life, even when I lived in poverty among the black gangs in the Bronx. I never knew it was possible to hate people so ardently, even strangers, for their spite, baseness, unscrupulousness, moral turpitude, lowness, rudeness, cruelty, spiritual slovenliness, filth, savagery, cynicism, spiritual impoverishment and vulgarity. All these Samsonovs, Ivanovs, Petrovs and Sidorovs. Coming into contact with these people corrodes and poisons the spirit. For the first time in my life, as I approach the age I could be a grandmother, I start to feel that I am a bad, evil person capable of betraying all my sacred ideas of humanism, which I had always felt were part of me, and which I was espousing and continue to espouse with decreasing enthusiasm. I am learning to recognize and understand bitterness and sarcasm, which had been alien to me, which I had always thought were somehow indecent, but now I expect to be caught by them everywhere.

I know people of all races, it is impossible to hate or despise a whole people, that is racism, chauvinism, Nazism. I have lived a long time in different countries, I lived in fear of rape and kidnapping in Africa, I have felt the hostility of Muslims, the cold heartedness and snobbery of Europeans, the haughtiness of Jews, but only Russians cause me such visceral anger, impotent fury, disgust and contempt. I feel as if the forces of reason, good, logic, expediency, everything that was best in me, that had been given me by the American culture of democracy and tolerance, is defeated and powerless in the face of Russian evil.

What can I do, how do I live with this? Here I feel as if I am offering people something white as snow and when they look at it and breath on it, it turns into black coal. I can’t take it any more. It is overwhelming. It is bad for my spiritual and moral health. It is constricting and infectious. It gives me pains in the chest and makes me grind my teeth. It’s like throwing flowers into a cosmic black hole. It’s frightening.

Like Loading...
This entry was posted in "Voices" in English, English, English News and tagged #RussiaInvadesUkraine, #StopRussianAggression, #UkraineUnderAttach, Ukraine. Bookmark the permalink.