By espreso.tv
12.16.2014
Translated and edited by Voices of Ukraine

[Editor’s note: According to army volunteers, Ukrainian army food is awful. While the military officials and the volunteers at the MoD work to solve this problem, regular Ukrainians decided to take matters into their own hands.] 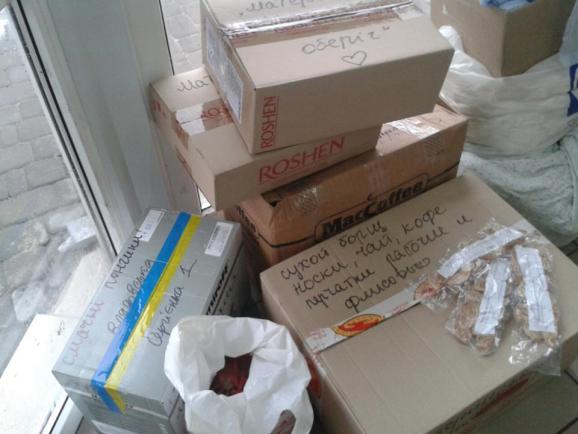 Kyiv volunteer organization “Mother’s Charm” sends everything that young women can make with their own hands, from clothes to food—to the frontline, Ganna Zhurbenko, the coordinator of the volunteer group explained to espreso.tv.

“It all started with weaving the camouflage netting. Women who wanted to help started coming to us. Now, in addition, we sew balaklavas, knit socks, sew pillows,” noted Ganna. 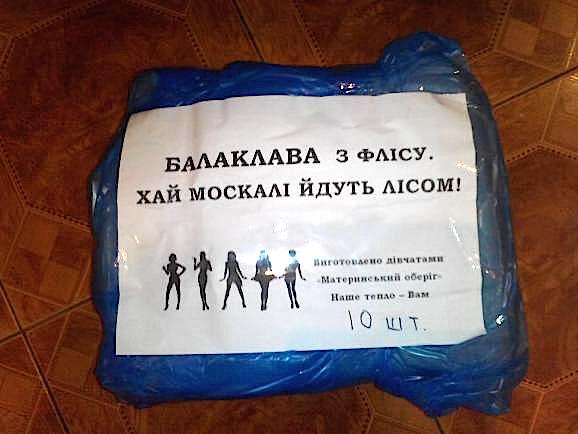 [The women] work on the camouflage netting from 10:00 am to 8:00 pm. Everyone willing comes to help. 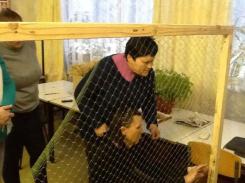 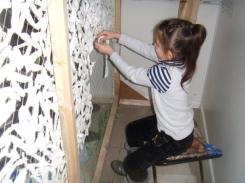 “Mother’s charm” is different [from other volunteer organizations] because the young women prepare dry borshch and soup for the servicemen. Dry soup and borshch are a unique opportunity for Ukrainian troops to try homemade foods under war conditions. These are packages of dried, chopped vegetables for soup or borshch. To prepare them, the soldiers need only to pour five liters of water over the contents. After boiling the mix for 10 minutes, the soldiers get real borshch that tastes as good as conventional borshch. One mix is enough for 7-10 servicemen. 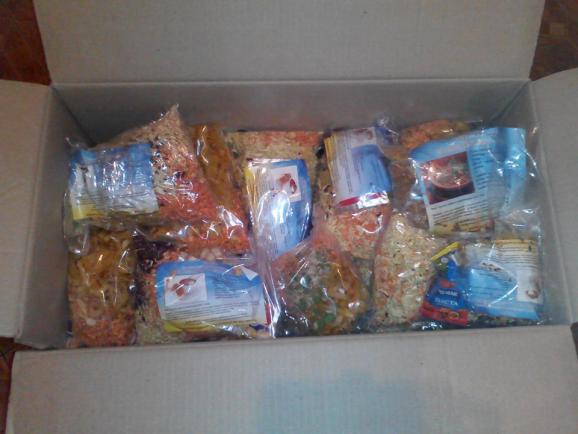 “We make about a hundred of these mixes in a week. We also dry some chicken. In addition, we make sauerkraut for our servicemen; the women bake and make other homemade foods. [We] will try to send them the first batch of dumplings, we’ll see how well they travel. We are all doing what we can. One volunteer made ‘Olivier salad,’ the guys were so happy, saying that they haven’t tried such tasty foods for a while,” says Ganna. 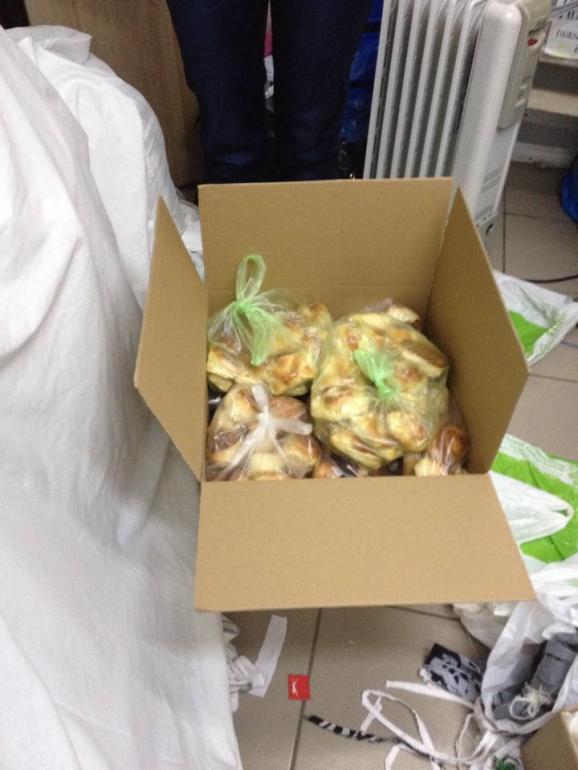 Now the volunteer group amounts to over a hundred volunteers; there are school children that work on the camouflage netting. Women from different cities join the Kyivans in their efforts: Vasylkiv, Obukhiv, Myronivka.

“Our volunteer group has been operational for 4 weeks. We ship large packages twice a week and small ones – every day. Volunteers who transport the packages to the frontline turn to us, and we give them the packages which they deliver further on. During these four weeks we provided over 15 military brigades with dry borshch and other food, as well as some equipment,” said the volunteer. 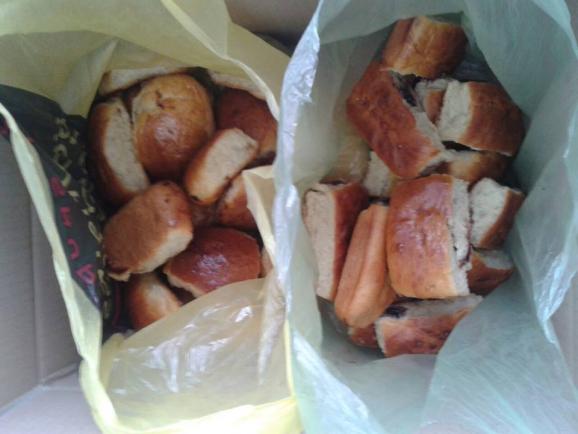 These packages get delivered to different places of deployment; recently, the volunteers have also started to help refugees and military hospitals.

“They also need [our] help. We send the donated bed linens to the hospitals and light summer clothes to the refugees: there is currently no use for them on the frontline,” says Ganna.

The coordinator of the volunteer group shared that they plan to make bedding for servicemen in the near future. And on December 19, the volunteers are holding a concert for soldiers admitted to the hospital of the Ministry of Internal Affairs in Kyiv. Five women and a dozen children will sing for the defenders of Ukraine for St. Nicholas Day.