By Volodymyr Parasyuk, Commander, Dnipro-1 Battalion and Member of Parliament (Independent)
12.15.2014
Translated and edited by Voices of Ukraine

Today, in the ATO zone, we stopped the flow of contraband which, under the guise of Rinat Akhmetov‘s humanitarian aid fund for the civilian residents of Donetsk, was actually being supplied to terrorists. The worst part is that the local prosecutors and police were covering up all of this. Tons of food, in trucks bearing the logo of Akhmetov’s Foundation, goes to the warehouse in Donbas Arena which is protected by the “Vostok” Battalion. Under the guise of children’s products, products completely not for children are being brought in – such as vodka and cigarettes. The most “for children” products we’ve found – are 20 tons of cream of wheat.

Together with volunteer battalions and Members of Parliament – Semenchenko, Sobolyev and Dobrodomov – we stopped this “hum-convoy” and decided that this “assistance” will go to the residents of the surrounding villages who also suffer from lack of food. Since Rinat Akhmetov “loves” all of Donbas and not only that part controlled by Donetsk terrorists. In the coming days, the soldiers of the volunteer battalions will distribute this aid where it is most needed.

P.S. Driving through the towns and villages of Donbas, I remember a time when we and our brothers gradually liberated towns step by step. You drive and you realize that you know every bush and every tree here. It is difficult to look at the places where we were fired upon, where your friends were wounded, but the most difficult – to see the land on which our HEROES died. We are fighting for the land and often pay the highest price and so it is very frustrating when you follow after us showing us the middle finger and call us “violators” [punishers].

Today we were in Krasnoarmiisk, Kurakhove, Velyka Novosilka, Artemivsk … We’re moving on further, to the front. 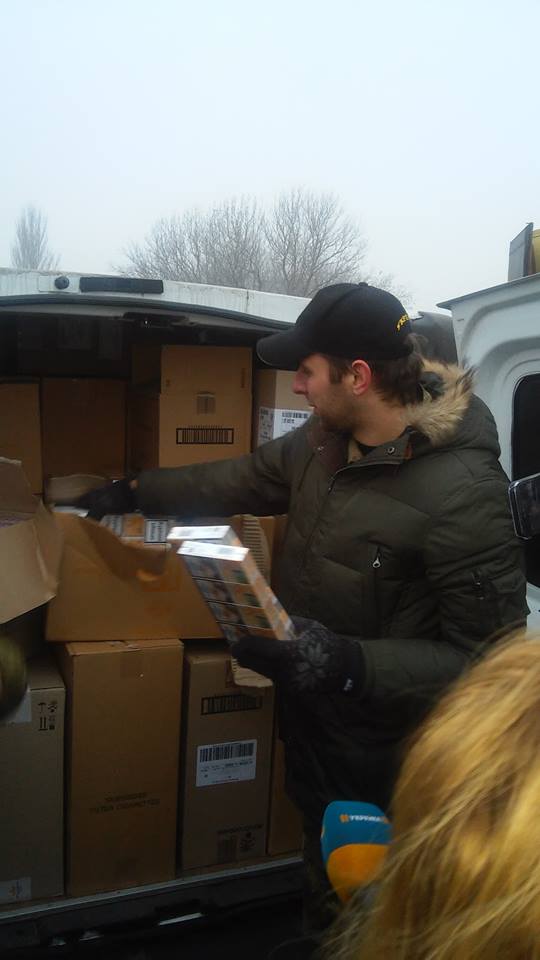