By Sergii Gorbachov, Deputy Head at Precinct Election Commission for May 25, 2014 Presidential Elections.
05.28.2014, FB status
Translated and edited by Voices of Ukraine

I’m starting to come back to my senses after the race of the last [few] days [Presidential Elections of May 25]–it’s time to note some interesting occurrences.

Young people from Crimea (a guy and a girl) were issued a certificate about the voting place change, and in the morning of May 25 came to vote in our precinct in Kyiv. But trouble ensued–members of the precinct election commission [PEC] couldn’t find them on the list–and as a Deputy Head of the PEC, I was forced to apologize and tell them that they wouldn’t be able to vote.

This situation troubled me a lot: after all, they showed a document from the State Register about adding them to our lists–and their absence [on the lists] was absolutely confusing. So when I had a small break a couple of hours later, I rolled up my sleeves–and looked through all of the 80 pages of voter lists in our precinct.

Bingo! It turned out that the form with additional lists was accidentally moved into the middle of a pile during the distribution of ballots–and that’s why we couldn’t see it right away. So when I realized that I had sent people away who had a legal right to vote without letting them vote, I felt really bad. But Mordoknyzhka [a literal translation of “Facebook” (FB)] helped. 🙂

Voting lists contain the full legal names and previous voter address. And it’s easy to find a person on FB knowing this information. It turned out to be Anton M. It was an easy road afterwards: I sent him a private message and gave him my phone number. He called back and of course came to vote. 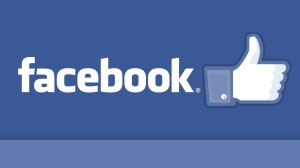