Terrorists in Donbas, use grenade imported from Russia–according to INFORMATION RESISTANCE data. 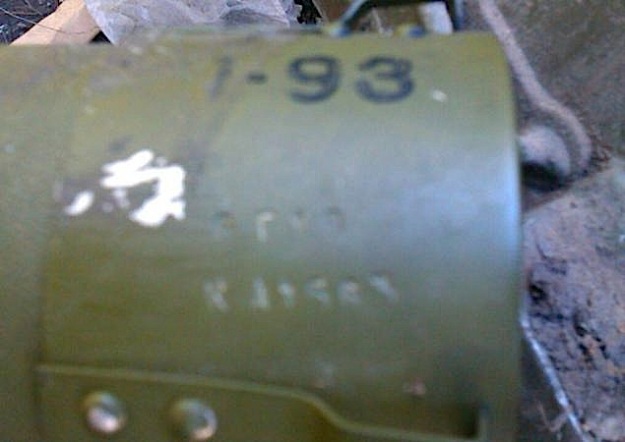 According to operational data from Information Resistance, rocket-propelled grenades–such as were used recently by terrorists during armed shootouts on Ukrainian security forces’ strategic facilities in the area of ​​the ATO–have been brought into the country from abroad.

In particular, used containers from RPG-26 launchers (serial #254-1-93, where 254 corresponds to the manufacturing plant, 1 to the batch number, and 93 to the year) were found at terrorist combat positions near Sloviansk and Kramatorsk. Attacks on Ukrainian security forces units were carried out with these weapons.

These types of weapons were never used in the armed forces of Ukraine.

Thus, this is another confirmation that the pro-Russian terrorists in Donbas receive weapons from abroad.

IR NOTE: The RPG-26 is manufactured in Russia. It is currently used by the armies of Russia, Transnistria, and Jordan.

2 Responses to Terrorists in Donbas, use grenade imported from Russia–according to INFORMATION RESISTANCE data.