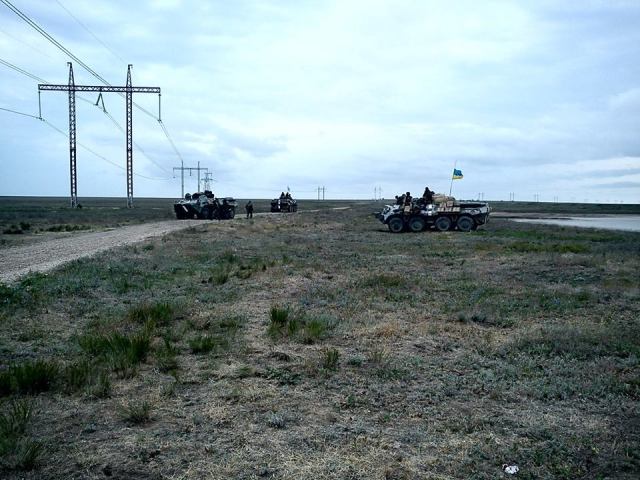 Maybe it was a coincidence, maybe not, but for this Victory Day we received gifts from Wings Phoenix during his visit. Gifts from all across the country. From all you ordinary people to us, just ordinary guys from Berdyansk [a port city in the Zaporizhzhya Oblast (region) of south-east Ukraine]. I want to say to each of you, dear indifferent compatriots, or better even to shout so that everyone involved could hear: THANK YOU! We love and appreciate you, brothers and sisters, friends and girlfriends, mothers and fathers, you are wonderful! T-H-A-N-K Y-O-U! 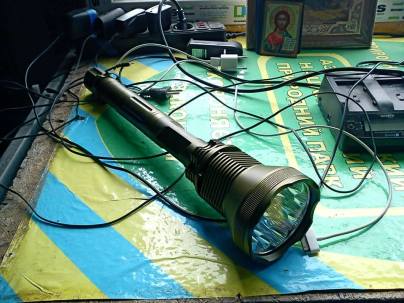 Now, in the received order:
Yura brought bulletproof vests, masks, goggles, flashlights, and raincoats. The guys were as happy as children. Adult men thrilled about flashlights, and that’s even before talking about the body armor. 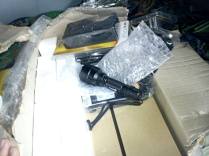 We immediately put everything on and started looking like real soldiers. Morale soared sky high. ))) 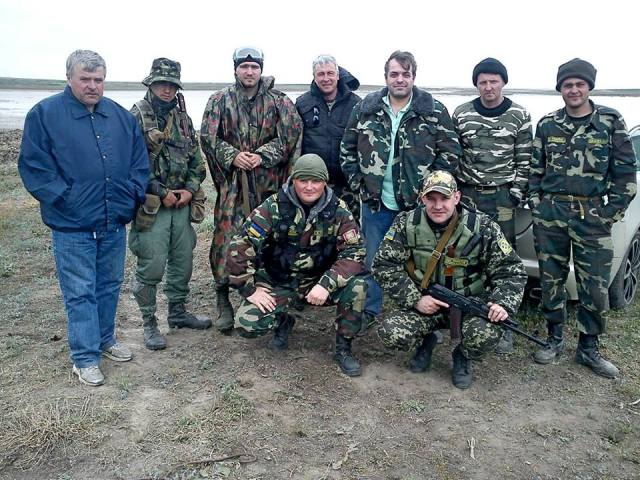 The paratroopers poked at the bullet proof vests with interest, clearly wanting to get the same.

So, a little joke: an on-duty soldier reported that a transport was moving in our direction. We quickly took up positions; naturally, fully-equipped in glasses, masks, vests, machine guns, RPGs. As it turned out it was our commanding officer. He came without warning, probably hoping to surprise us. Well, there was a surprise)))))

As he approached he realized from a distance that there was something wrong with his border guards, they look different than the ones he had always seen here, and though that they must be special forces of some kind. He stopped the car about 70 meters away and came out with his hands up, saying he was unarmed. The lieutenant colonel proceeded all the way to the post on foot. )))

The Staff Officers who came with him then inspected us with great interest, curious about where all the swag came from, as there is nothing but steppe around us. I said–this is from friends. Hopefully not a lie, because we are friends, right? ) )

Now we all sleep holding our bullet proof vests like children with their favorite toy. )))

And about the animals: we gave the falcon to traveling paratroopers who promised to deliver it to Nikolaev zoo, because he needed professional care.

But nature detests a vacuum, so a dog arrived at our station in the night. By himself. We now have a border-guard dog Volchek. That’s the situation)))

Congratulations once again dear friends! I would like to say much more, but there are no words, our emotions are overwhelming . ))) Thank you for everything!