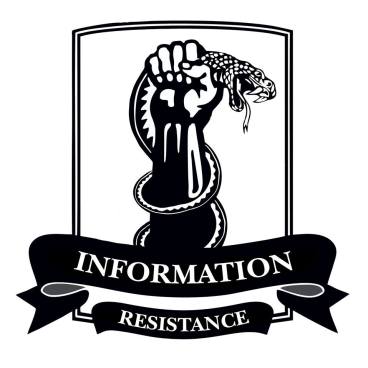 1. The closer we get to May 9, the more alarming the signals we receive of the impending activation of the pro-Russian extremists. Although they can hardly be called passive now.

What’s worse, against this backdrop Putin has begun his next game. ‘Tipping off’ separatists to postpone the referendum, his near-willingness to recognize the Presidential elections in Ukraine–it’s like the guy’s been replaced.

But the Head of the Kremlin’s lie about the alleged withdrawal of Russian troops from the Ukrainian border does not allow for delusions. No one is withdrawing troops. This means that the soothing and nearly peaceful statements by Putin–are likely a show for the most gullible.

We don’t yet understand the reasoning behind this game. But it is clear that we shouldn’t relax. Quite the contrary.

2. The geography of extremist danger keeps on growing.

Today, we have included Zaporizhya Oblast [region] in the “red” zone (with the threat of extremism­ at 5 or higher on a 10-point scale), whereas the previously assessed threat was at 4 points.

However, the threat in Kharkiv oblast went down–it dropped from the “red” to the “yellow” zone. So, they cancel each other out. We will present the infographic tomorrow.

3. Today at a press conference, the head of the Anti-terrorist Center at the SBU  Vasyl Krutov announced that during the ATO, 14 Ukrainian servicemen were killed, and 66 servicemen were injured.

We have slightly different data, but it doesn’t matter. What really matters is that every day of confrontation is paid for by human lives.

These fallen guys from the special forces are Heroes.
Memory eternal.

1. Today we ran a small monitoring mission to prepare the region for possible provocations on Victory Day [May 9].

The situation is better than you might expect. Not the most optimistic picture, however, in Donetsk and Luhansk only.

Especially positive are Kharkiv and the southern oblasts (primarily Odesa and Mykolaiv, and Kherson to a lesser extent). Here, very powerful measures have been taken to counter the threat both by security forces and local authorities. (I am not talking about Dnipropetrovsk­–here the local authorities have initially shown themselves to be up to the mark.)

For example, “Kyiv-1,” a special police battalion formed by volunteers arrived in Odesa today. The Defense Ministry conducts activities along its chain of command–I think we will be able to report about them tomorrow.

2. The anti-terrorist operation. Today, we finally got the full information needed to complete the puzzles. We received full confirmation of our fears about the reasons for the apparent lack of effectiveness of the ATO.

Our previous claims to the leadership of the ATO and interactions between the special forces were fully justified. The positive is in the fact that we saw some serious, ongoing work from the “top” to eliminate the problem.

The main problem lies in staff. Our generals have grown used to their comfy office chairs, they are unable to make decisions and fear liability, with a panic. The good news is that there are still adequate people amongst them. Despite the delays, they are still being assigned to key positions.

I think that today, in this grim and joyless environment for Ukraine, a new generation of Ukrainian law enforcers is being born. Commanders and leaders who are ready to take responsibility, and soldiers who are ready to defend their country and its people–not in words but in deeds.

Unfortunately, this birth is payable with blood.

3. As a result of the separatist attack on the bus carrying the “Azov” police battalion, the “Minister of Defense” of the so-called Donetsk People’s Republic, Ihor Kakidzyanov was captured.

Is it just me or are Donbas extremists truly idiots? Is this how they famously “attack,” to immediately give up their main “commander?” And if their “Defense Minister” is such a unique individual, what should we expect from their “soldiers?” What a dumb “army,” to be honest with you.

4. The SBU reported that in Odesa the existence of a Conversion Center was discovered that funded the riots on May 2. As expected, Yanukovych’s “Family” bears responsibility for the financing.

In general, it’s not a big secret: the more the channels which finance extremists are blocked, the more chances there are to succeed in the fight against them. Without money, there will be no terror under the Russian flag. And Mr. Putin and his ilk can tightly roll up and stick their ideas of ​​”Russian World” wherever they earlier stuck norms of international law.