Dmitry Tymchuk: About Events in Eastern Ukraine on April 6th.

We are all ordinary Ukrainians who want to live in a normal, democratic and united state – and we are deeply angered and concerned by the separatist gathering that is currently raging in the eastern regions of our state.

The group of scumbags (partially – our own Ukrainian degenerates who sold out for pennies, and partially the citizens of Russia who barged into our home), financed by the Kremlin and under the “clout” of the cowardly creature by the last name of Yanukovych, are trying to implement the “Crimean scenario.” That is, to continue to rip apart the living body of Ukraine, that has already suffered enough.

The first question that arises: where did our law enforcement and intelligence agencies go?

According to Information Resistance group data, Ukrainian “law enforcement troops” currently have enough serious capacity to control the situation in the eastern oblasts [regions]. Further to this, the bulk of yesterday’s Yanukovych zealots who still haven’t removed their police uniforms are in fact engaged in sabotage (why they still serve in the ranks of the Interior Ministry – is a second question, which I hope we will receive an answer to).

But the main problem that arises – is to prevent bloodshed. However, the appearance of corpses is the main task of provocateurs. Then, Russia can immediately intervene with its army which is stuck at our borders, to “protect their compatriots.” And then it could “help” to hold referendums in these regions akin to the one in Crimea. That is – with the clearly known results.

Yes, today we are more or less ready for the war with Putin. Yes, the international community will necessarily support Ukraine. But it also clear that maniac Putin will stop at nothing to realize his schizophrenic ambitions. He will drown Ukraine in blood.

Just like you, with arms in hand, I am personally ready to meet the “Russian peace” that is trying to climb into our home. But in this situation, I do not dare condemn the Ukrainian authorities for their “spinelessness.” Too many things are at stake now to allow for mistakes.

According to today’s consultations with “law enforcement,” I can state the following: both secret services and law enforcement agencies insist that there is no critical loss of control over the situation. Separatist tactical problems are nothing more than a consequence of attempts to avoid a “military scenario” by the authorities.

But losing today’s battle – it’s not losing the war. A backlash will be done immediately.

I suggest that we should still believe our law enforcement. Except for this belief, we only have the determination to repel an aggressor in a “full-fledged” war. I hope this determination will not be needed. 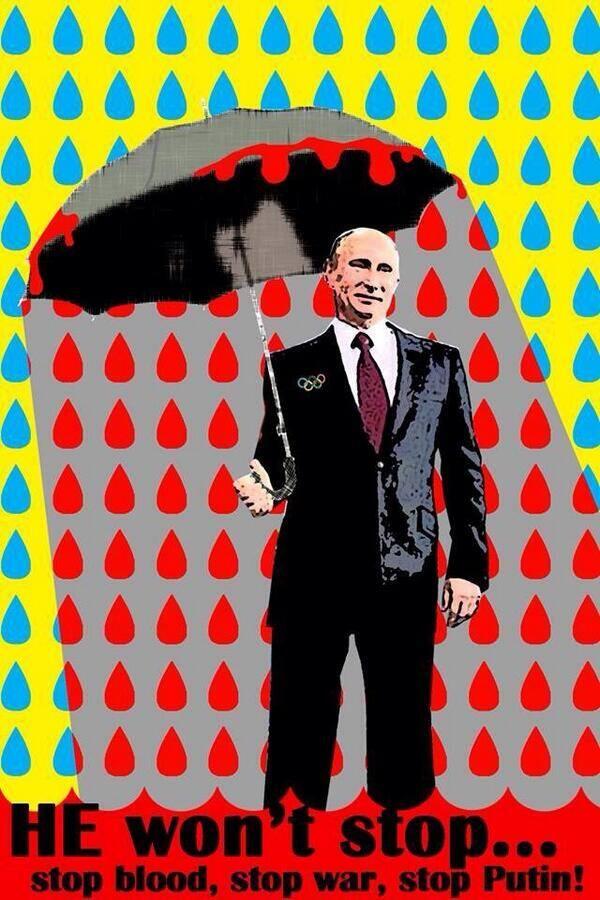 3 Responses to Dmitry Tymchuk: About Events in Eastern Ukraine on April 6th.