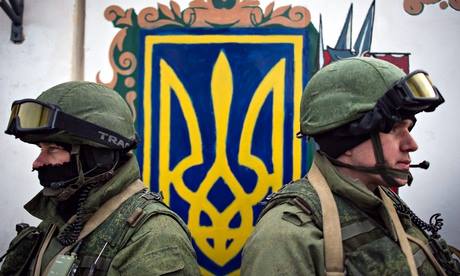 Source: Blog at Echo Moskvy
Translated by Voices of Ukraine

My grandfather and father were officers – one in the Red Army, the other in the Soviet Army.

Today, I am talking to you, senior officers of the Armed Forces of the Russian Federation, who have the right to send other people’s sons to die, while you remain in relative safety.

We, the Ukrainian people, are going through difficult and hungry times now, as we are recovering from the revolution while economic ruin wracks our country. But none of us, not even in our worst nightmares, could ever imagine that Russia would stab us in the back. Stab us after placing the knife in your hands.

Forget the tales of Churkin and Lavrov, Shoygu and Kiselev, Putin and Solovyov. Even on the morning of February 27, it was clear for me and the majority of Ukrainians, that the unthinkable has happened – the Russian army started an invasion of Ukraine.

Don’t you, Russian officers, feel ashamed of yourself and of your commanders as you send your soldiers to the territory of a different state, with weapons in hand but without insignia? Are you not terrified by the thought that from this day forth, Ukrainians will never think of you, and of all the Russian people, as friends? By the thought that criminals were brought to power in Crimea, lifted high by Russian bayonets? By the fortitude of my brothers in arms in Crimea, who chose the only correct tactic – not a single shot fired at the Russians?

Today, when the Ukrainian military units are blocked by your soldiers, the tensions are running impossibly high – yet not a single shot has been fired. We know that after one death, there will be no changing the course, no stopping the war that will claim thousands of lives, soldier and civilian alike.

We have not fired a single shot – and we already won. We won, by singing the Ukrainian Anthem in response to the demands to break our oath.

Notably, no Russian officer dared to ask Ukrainian troops to commit treason – it was the traitor admiral that took up this task, worthy of Judas himself. This means that you still have officer’s honor. We also have it. And it is that honor that will make us fight you, to the end. Should the unthinkable happen.

The Ukrainian army has no right to interfere in the domestic politics of its country, and neither does a foreign army. Do everything that depends on you to get your commanders to call you and your soldiers off, to bring you home. Nothing stains an officer’s honor as much as the base and wretched act that is occupying a peaceful brotherly country. Put this simple thought in the head of your generals.

And one more thing – talking to the NATO military, whom we used to be somewhat wary of, made me think that our affairs, our troubles, and our disputes are of no consequence to them. They live in their own world, which – sadly! – is better than ours.

But after what happened, I wouldn’t be able to name ANY officer of the Ukrainian army who would object to Ukraine’s membership in NATO. Because no one would dare invade the territory of a NATO state – in the night, like a thief. In them, we would have real military allies – something that no Ukrainian in their right mind will view Russia as, not anymore.

And so, I turn to you, Russian officers. Stop your men and sway your commanders. Understand that an error can still be corrected, but a betrayal of our friendship will be forever irredeemable.

Don’t shoot at us – and we will not shoot at you.

Our cause is just – we stand to defend our country and our state.

We have no other land, and we never will. And we will defend our freedom to the last drop of blood.

5 Responses to To Russian Officers – From a Ukrainian Officer