Posted on January 8, 2014 by chervonaruta

“Upper Volta with missiles” is what former Chancellor Helmut Schmidt once called the Soviet Union in the early 80’s, as part of the policy of cold war détente. Remarkably, the Soviet people themselves-decorated with orders and medals from Leonid Ilyich [Brezhnev] to Leningrad operative Vladimir Vladimirovich [Putin]–were convinced that their uncle was joking, because only the soviet correspondent in Ougadougou knew that the stores there had a better assortment of goods than in Moscow.

In addition, the Soviet people themselves-decorated with orders and medals from Leonid Ilyich to Leningrad operative Vladimir Vladimirovich-knew precisely that the source of happiness is not about money, but about fear. And if they are afraid of you, then you can pride yourself on rockets, satellites and tanks, and not on the banks dissolving from store shelves empty with Soviet cucumbers and endless birch juice, instead of butter.

Three decades later and wizened with life experiences, Helmut Schmidt once again paid a visit to Moscow to see whether residents of “Upper Volta with missiles” had learned their history lessons. But both Leonid Ilyich’s memorial plaque, and Vladimir Vladimirovich–who relocated to Moscow–remained the same.

Even when the former chancellor said to Vladimir Vladimirovich elegantly that “neighbors should properly say goodbye,” the operative only nodded in response, as if not noticing that Germany and Russia have not had a common border for almost seven decades.

Because Vladimir Vladimirovich cannot be forgiven with neighbors. He buys them. Fifteen billion for Ukraine, two for Belarus, and this is still not the limit.

If you are not liked, just like that – you will be helped by the National Welfare Fund: Every kid acting with impunity learns this simple truth clearly while still on the school bench. And now, in place of Upper Volta with missiles arises Upper Volta with credits. Soon the Russian leadership will not have funds for pensions and public sector wages (for furthering growth there are none already), but this is stuff is nonsense, most importantly – all will owe Russia.

The distinction between the Russian situation and the Soviet is only in the fact that now the majority of Russians do not want to pay. Throwing around ready money is just expensive, dear Vladimir Vladimirovich, but his subjects are also more wisely organized, have experienced not the easiest of times and no longer want to buy brotherly love and friendship. After all, the pleasure comes in knowing that all our debts, as was already experienced in the late ’80s when it turned out that the African, Asian and other national liberation debtors of the Soviet Union, were not going to return anything. And it’s not even because they do not like the world’s first-ever state of workers and peasants, but because there is no money.

For new Russian debtors there will also be no money – they will plunder credits, will transfer to offshore accounts, will share it with Russian officials – in a word, money will thaw under the soft winter sun of Kyiv or Minsk as if it was never there. And you will need to give more and more, simultaneously allocating funds for beating journalists who are too honest, for arrests of unwanted politicians, creating servile TV channels, for falsified elections – and all this will fail into hell, only increasing the aversion to local authorities and the Kremlin-sponsor. And at this time, breathy Russian economists will tell the hall about difficult, time-sensitive decisions, running out of money, failing budgets, recession and stagnation – but it’s all garbage compared to the fact that everyone owes Russia, everyone is afraid of her, everyone will do what she says.

And salaries with pensions can wait. 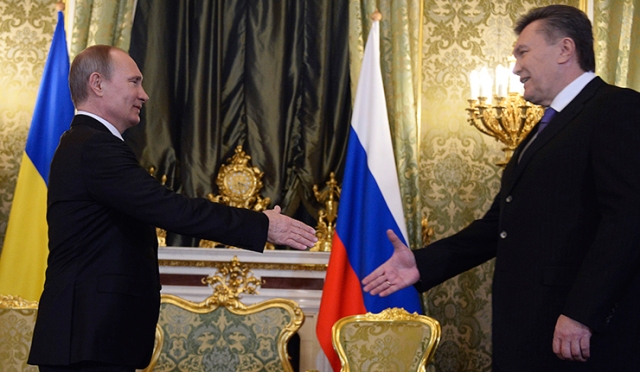 Like Loading...
This entry was posted in English, Pictures and tagged Maidan, Portnikov, Putin, Ukraine. Bookmark the permalink.