Crimean Tatar blogger and journalist Nariman Memedeminov has been detained a year and a half in a Russian pre-trial detention center for freedom of thought.

Posted on September 18, 2019 by chervonaruta 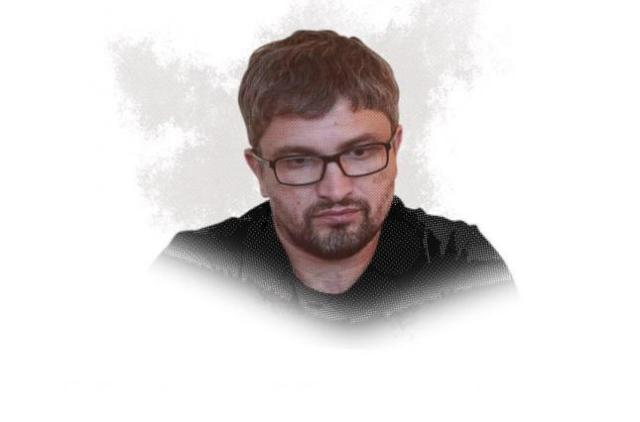 Crimean Tatar blogger and journalist Nariman Memedeminov has been detained a year and a half in a Russian pre-trial detention center essentially for freedom of thought. He is accused basically of journalistic activity. He is being persecuted on national, religious and professional grounds.

On September 16, he was named by lawyer Liliya Gemadzhi, along with other activists and journalists persecuted in occupied Crimea, at the Human Dimension Implementation Meeting (HDIM) of OSCE (Organization of Security and Cooperation in Europe) participating States in Warsaw (Europe’s largest annual human rights and democracy conference). The accusations against Memedeminov are contrived – he is charged with basically journalistic activity.

An activist with the public association “Crimean Solidarity,” he was detained at a Bakhchysarai district building. The court arrested and charged him under Part 2 of Art. 205 of the Criminal Code of the Russian Federation (Public calls for terrorist activity committed using the Internet).

Speaking in court, Memedeminov said the investigation refuses to recognize him as a citizen of Ukraine and pursued him on a national, religious and professional basis and tries to present him as a native of Uzbekistan in order to deny the fact of his belonging to the Crimean Tatar people.

Crimean lawyer Edem Semedlyaev believes that Memedeminov’s active civic position was the reason for the persecution of the journalist: “He is a citizen journalist, blogger and streamer, that is, he is one of the first who was not afraid and began coming to the courts in support of the Crimean Tatars.

Now Nariman Memedeminov is being held in a pre-trial detention center in Russia’s Rostov-on-Don.

The National Union of Journalists of Ukraine (NSZH) called Memedeminov’s arrest in Crimea “a violation of the right to freedom of thought, and free access to and dissemination of information, including through the Internet.”

The North Caucasian District Military Court in Rostov-on-Don questioned a religious scholar, Timur Urazmetov, who was part of a group that was preparing comprehensive linguistic and religious expertise in civil journalist Memedeminov’s case. It was this group that formed the foundation of a criminal case [against him]. This was reported by lawyer Eden Semedlyaev.

“We insist that [any] conclusions on Islamic statements should be made by a person who professes Islam, who understands the subtleties and specifics of the religion. This should be a specialist who has some knowledge of Islam, and not just a culturologist history teacher, author of several works of dubious science about the Hizb ut-Tahrir party, who believes that such publications allow him to [claim] religious expertise,” said the lawyer.

Like Loading...
This entry was posted in "Voices" in English, Crimea, English News, Pictures, Voices of Revolution, Voices of Ukraine and tagged #FreeMemedimenov, #Memedimenov, #RussiaAnnexedCrimea, #RussiaInvadedUkraine, #StopRussianAggression. Bookmark the permalink.