Dmitry Tymchuk, Head of the Center for Military and Political Research, Coordinator of the Information Resistance group, Member of Parliament (People’s Front)
Photo credit: Anton Skyba, with permission
04.05.2017 (April 5, 2017)
Translated and edited by Voices of Ukraine

Between March 29th and April 4th of this year [2017], the intensity of fire strikes on Ukrainian troop positions and settlements inside Ukrainian-controlled territory decreased (the decline [began after] April 1st). During this period, units of the 1st and 2nd Army Corps of the Russian Federation occupation forces in Donbas carried out a total of about 440 artillery raids (compared to nearly 600 in the previous one-week period).

In the past 24 hours, the tensest situation was observed in the coastal region (along the Pavlopil–Shyrokyne stretch). The occupiers shelled ATO forces’ advanced positions using, amongst other weapons, 120-mm mortars and 100-mm anti-tank guns, as well as individual BBM armored combat vehicles that carried out shelling from pre-established camouflaged firing positions.

East of Hnutove and southeast of Vodyane, two occupier BMP-2’s were in action, with the enemy in these sectors also using at least two 82-mm mortars. In addition, a BTR-80 shelled for an extended period, maneuvering from the direction of Sakhanka and north of the Novoazovsk–Mariupol highway. From the direction of Sosnivske, occupier artillery (four 122-mm guns) has been active from positions between Pavlopil and Chermalyk, firing shells over a wide area.

In the Dokuchajevsk area (a section in the Taramchuk–Yasne–Berezove “triangle”), there has been a sharp pick-up in enemy activity, with the active use of 82-mm and 120-mm mortars, ZU-23-2 anti-aircraft artillery systems, and stand-mounted AGS-17 and SPG-9 grenade launchers.

Near Viktorivka, the occupiers tried to inflict fire damage on the ATO forces’ advanced units with the use of large-caliber machine guns and AGS-s [automatic grenade launchers].

Near Krasnohorivka (south of the settlement and on the orphanage grounds), [the enemy used] short bursts of mortar shelling from 82-mm mortars, with the occasional engagement of NSB-12.7 “Utes” heavy machine guns.

The occupiers were also considerably active near Avdiivka, in the section from the Butivka mine to the area north of the industrial zone, as well as in the Pisky–Opytne area. Positions in Butivka, near the ring road, and in the industrial zone came under fire from 120-mm and 82-mm mortars, AGS-17 automatic grenade launchers and heavy machine guns. The use of grenade launchers and 82-mm mortars was noted in the Vodyane and Pisky area. To the east of the sand quarry, there was shelling by 120-mm and 82-mm mortars from both Kruta Balka and Vasylivka directions. In addition, BTR-70/80 and MT-LBs fired from their heavy machine guns at the advanced positions of the Ukrainian Armed Forces. 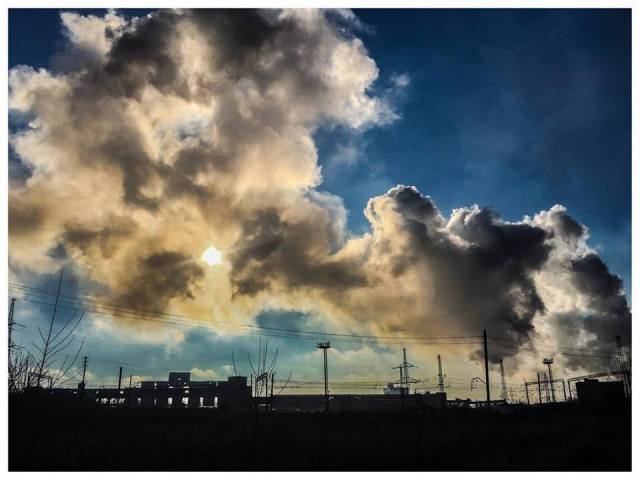 The occupiers’ mobile fire group from Stakhanov was operating in the stretch between Sokilnyky and Zholobok. The group consisted of three 120-mm mortars and two 82-mm 2B9 “Vasilek” automatic mortars, mounted on transport.

By order of the Center of Territorial Troops of the Southern Military District of the Russian Armed Forces, the Russian command of the “1st Army Corps of the DNR” and the “2nd Army Corps of the LNR” has initiated changes in the organizational and staffing structure of its units and formations. Namely, the size of tank battalions included in the units of these army corps is being changed from 3 companies to 4 companies; an additional tank has also been introduced to some tank battalions (serving as the vehicle of the deputy battalion commander). After these changes, the number of tanks in the military units and formations of the two army corps will exceed 450 (according to IR Group‘s data, the number of tanks as of February 2017 was 380 – but it must be emphasized that in both cases, this number only includes the equipment within military units and does not include tanks kept in storage at the “L/DNR” bases or training facilities).

In addition to that, the two army corps currently include some 900 units of other armored combat vehicles, over 1000 artillery systems (neither figure is different compared to February 2017), and about 400 anti-aircraft systems (a 50-unit increase).

During these organizational and staffing changes, the separate special-purpose radio battalion of the “2nd Army Corps of the LNR” has been disbanded due to its low effectiveness, and its tasks have been handed over to the regular radioelectronic intelligence unit of the Russian Armed Forces, which is present in the temporarily occupied territory of Luhansk oblast on a rotational basis.

The occupiers are continuing active construction efforts to complete and improve their positions along the northern outskirts of Debaltseve and the Debaltsevske village (formerly Kommuna). A network of platoon strongpoints and a fortified zone have been deployed in this direction of operations. The construction efforts utilize 5-7 units of machinery every day (mainly “civilian” excavators, bulldozers, and dump trucks; however, one PZM-2 [regimental digger] has also been identified). The occupiers are also renewing existing mine barriers in this area and laying down new ones. The work is being continuously supervised by Russian “advisors.”

Active efforts to equip positions are also being carried out in the vicinity of Smile [“Smileh”] village (Luhansk oblast, Slovyanoserbsk district); the same area shows an increased accumulation of enemy forces and equipment. Two 120-mm mortars and one ZU-23-2 were observed moving between the former checkpoint N32 and the Kombat [Battalion Commander] Monument, towards Sentyanivka (formerly Frunze); and two Kamaz trucks with personnel as well as two BMP-1’s, through Smile.

Due to the increasingly frequent theft and illegal transport to Russia of weapons, ammunition, and other supplies, the command of the “1st AC of the DNR” and the “2nd AC of the LNR” have issued orders to plan and conduct spot checks of weapon ordnance and fuel warehouses within the corps’ units. “Military commandants” of garrisons are responsible for organizing cooperation with the commanders of units charged with securing and defending the warehouses in question.

During the past week, the following deliveries were made to the “L/DNR” from the Russian Federation in order to keep units and formations of the “1st AC of the DNR” and the “2nd AC of the LNR” supplied with armaments, military equipment and fuel: 17 armed vehicles (mainly BMP-1 and BMP-2), 6 train cars of artillery munitions, and 25 cisterns of fuel and lubricants, for a total weight of 1,249 tons.

The demand for “new passports,” which were originally popular after Russia had recognized these “documents” as valid, has waned in both the “DNR” and the “LNR,” especially in towns and settlements close to the demarcation line. This is likely related to the new wave of rumors, which claim that the SBU is promptly receiving the lists of every  “DNR” or “LNR” “passport” holder, and detains them after they cross the demarcation line. According to one version of the rumor, the lists of names are procured for the SBU by Ukrainian hacker groups; another version claims that “L/DNR” officials hand the names over to Ukrainian special services voluntarily.

The “Ministry of Justice of the LNR” has completed the re-registration of Ukrainian coal enterprises in occupied areas of Luhansk oblast, affiliating them with Vneshtorgservis LNR Closed Joint Stock Company. The “state bank of the LNR” has reserved current accounts for these enterprises. Employees of Rovenkiantratsyt, Sverdlovantratsyt and Krasnodonuhol (formerly controlled by Rinat Akhmetov) have been instructed to hand in their resignation notices and apply for jobs with Vneshtorgservis LNR CJSC, instead. Meanwhile, members of the “law enforcement bodies of the LNR” have been ordered to prevent employees of the coal industry, especially managers and highly trained professionals, from departing to Ukrainian-controlled territory.