Posted on December 3, 2015 by tftranslate

The German civic action group “Europeans for Ukraine” has launched a petition to end European and international policies of accommodation and concessions for the Government of the Russian Federation. 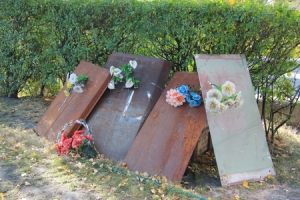 Fierce measures are needed to secure peace in Europe.

German politicians and activists have formed a civic action group to promote support for Ukraine and a return to traditional democratic values in European policies. The group call themselves “Europeans for Ukraine” and have launched a petition labelled “Stop the bloodshed – no further appeasement for the Russian Federation”.

Their demands are simple, non-military in character, and yet very clear:

The petition calls upon political leaders to implement these measures until Minsk II is fully implemented and Crimea is returned under Ukrainian control.

The petition is addressed to a multitude of officials including The President of the United States, Chancellor Angela Merkel and EU Commission President Jean-Claude Juncker. This petition has to be seen on the backdrop of European and specifically German political realities, where close economic and political ties with Russia, combined with the historical attribution of a Soviet Union perceived by many as a liberator from fascism, often prevent politicians from clearly identifying and acting on the current state of affairs in the Russian government and ruling elite.

The authors of the petition rightly identify the Russian government as a cynical player willing to sacrifice the lives of many to reach its political goals. They ask leading European politicians to realize that by their current policy of appeasement for the Russian Federation, by closing their eyes to the Russian invasion into Ukraine and by treating Russia as a potential partner in Syria, they are becoming complicit in the current and future crimes of the current Russian government.

While we have seen a lot of online petitions come and disappear these days, this petition is special in that it is hosted on the site openPetition.org, which asks participants to supply their full details to gain credibility, and has committed itself to make MPs and governments in Europe aware of any petition that reaches a satisfactory quorum. Further, it is backed by two influential people: Heidi Rohrlack and Martin Luithle.

Mrs. Rohrlack is a coach and an art therapist, a member of Germany’s Green Party and was a candidate for the German Bundestag. She has a track record of founding civic action groups and is a long-term supporter of Ukraine in German social media. Mr. Luithle is a lawyer for national and international law with special experience in Eastern European cases. He recently was the lawyer for another international civic action group. As a member of the German Social Democratic Party, he was a mayoral candidate for the city of Konstanz and has gained a reputation by publicly criticizing Germany’s Vice Chancellor Sigmar Gabriel for trying to strike a deal with Mr. Putin at the expense of the Ukrainian and Syrian peoples.

If you think this is important, please kindly sign the petition here.

Your support is important, and you can sign this petition from any country in the world.