Posted on October 6, 2015 by Maria Stanislav

Dmitry Tymchuk, Head of the Center for Military and Political Research, Coordinator of the Information Resistance group, Member of Parliament (People’s Front)
10.06.2015
Translated and edited by Voices of Ukraine

The ceasefire in the ATO [anti-terrorist operation] zone has been observed overall, with occasional armed provocations by Russian-terrorist forces in the form of “accidental” firing on the ATO forces’ positions. The neutral zone and “greenery” are also coming under “preventive” fire from the militants. Enemy sabotage and reconnaissance units are at work along the entire demarcation line.

In Donetsk and Horlivka, the terrorists’ so-called “motorized rifle brigades” are being reconstituted, with 2-3 cannon artillery or MLRS divisions allocated to each brigade. An acute shortage of “standard” weaponry is apparent – only 50-60% [of personnel] are equipped.

North of Luhansk, Russian-terrorist troops are making a show of withdrawing heavy armor. The removal of tanks, in groups of 3 to 5, has been observed in each sector of the Shchastya, Stanytsia Luhanska, Vesela Hora, Slovianoserbsk, and Zholobok areas, while 10-15 remain in the same sectors, camouflaged (usually in the woodland).

Rotation of so-called advisers from the ranks of the regular Russian Federation Armed Forces continues in illegal armed gangs.

There is growing dissatisfaction among the militants of disbanded units of the so-called “Republican Guard of the Donetsk People’s Republic [DNR],” as the leaders of the “DNR” refuse to settle outstanding “salary” arrears. After the “Republican Guard” had been disbanded, some of the militants who expressed a desire to continue terrorist activity are not being accepted for service in units of the so-called “1st Army Corps of the DNR,” as its commanders refuse to take on the discredited “Guard” personnel.

The media of the so-called “DNR” are circulating misinformation aimed at discrediting the actions of the Ukrainian authorities and the ATO forces’ military command. “The DNR Information and Psychological Operations Division,” using militant-controlled media, has launched an information campaign based on misinformation about alleged massive defections of ATO military servicemen to the ranks of the “DNR.”

The “DNR” terrorists are unhappy with the ban on opening fire on the ATO forces. Dissatisfaction among the militants is made worse by numerous instances of their “fellow soldiers” dying during the “non-combat” period (in drunken brawls, traffic accidents, landmine detonations). A sharp drop in discipline levels is apparent.

An accumulation of transport and armored vehicles has been noted in the vicinity of Starobesheve, Yenakijeve and Amvrosiivka. Each of these vehicle groups includes up to thirty armored fighting vehicles.

Militants continue constructing fortifications. To the north of Krasnyi Luch, positions on the adjacent high grounds are being equipped and fortified. 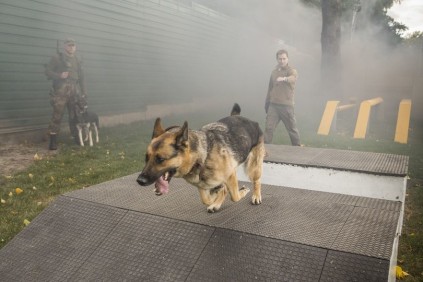 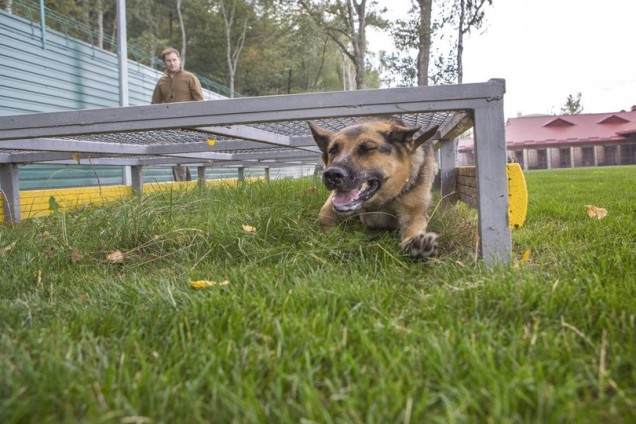 Dogs for the ATO service are trained at the Canine Training Center in Mezhyhirya, the residence of former president Yanukovych. Source