Posted on September 30, 2015 by chervonaruta

Dmitry Tymchuk, Head of the Center for Military and Political Research, Coordinator of the Information Resistance group, Member of Parliament (People’s Front)
09.30.2015
Translated and edited by Voices of Ukraine

In Minsk, the Trilateral Contact Group signed an agreement on the withdrawal of guns – with caliber under 100 mm – from the contact line.

This is a game of hide-and-seek with reality, played by the visually impaired in rose-tinted glasses. Or treason. After all, over the past day alone, we recorded the use of 120 mm mortars by the terrorists (and by the way, the use of armored vehicles as well).

Along the entire line of contact, cannon artillery units (122 and 152 mm) and MLRS units are recorded, as well as armored groups of Russian-terrorist forces. On the “front line”, the enemy has more tanks than there are in the armies of many European countries; there is nothing that indicates they are being withdrawn. Even the OSCE SMM recognizes and sees this. So what the hell with the ‘weapons with under 100 mm caliber’?

Trick question: what information is the Trilateral Contact Group (particularly the representatives of Ukraine in it) working with, to accept such decisions and put their signatures [to them]? If they do not have access to objective information about the events in the ATO zone, then they should say so, “We do not know a damn thing, we only watch Putin’s TV, we cannot make objective decisions.” However, if this is a conscious position and an informed decision, then I see no difference between the activities of our “ambassadors” in Minsk and Putin’s “struggle for peace.” 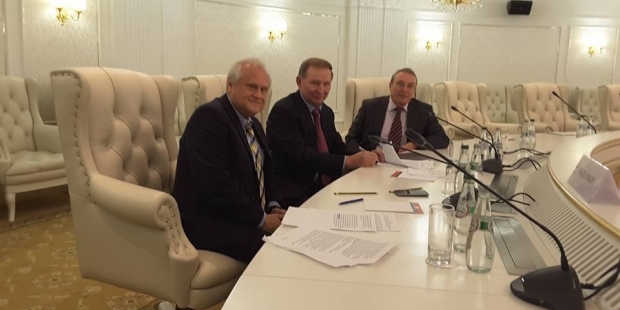