Dmitry Tymchuk, Head of the Center for Military and Political Research, Coordinator of the Information Resistance group, Member of Parliament (People’s Front)
06.02.2015
Translated and edited by Voices of Ukraine

During the past 24 hours (06.01.-06.02.2015), a decrease in the activity of Russian-terrorist forces has been observed during the daytime in the conflict zone in Donbas. In the evening and at nighttime, the number of fire strikes on Ukrainian troop positions has increased dramatically.

Throughout yesterday, insurgents used 82-mm and 120-mm mortars, small arms, and 122-mm artillery in the seaside (Mariupol) direction. The elevations northwest of Shyrokyne, and the positions of Ukrainian troops in the vicinity of Pavlopil have been shelled. In the vicinity of Hranitne, an insurgent “roving” mortar battery (82-mm mortars) has been observed again; the battery shelled ATO forces’ advanced positions twice. 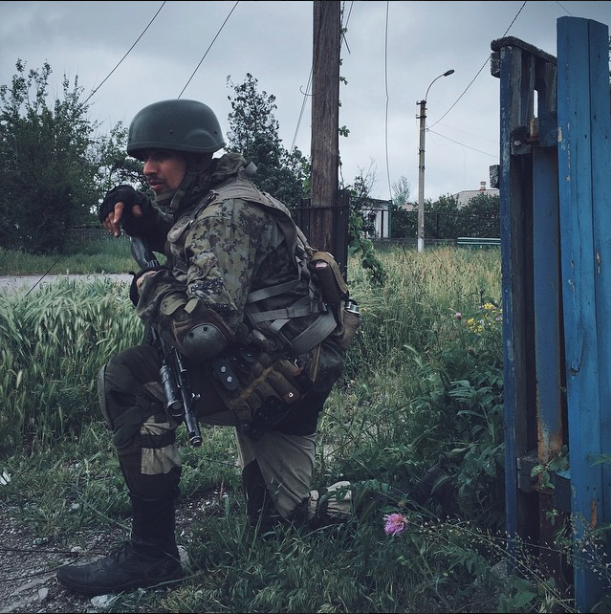 Terrorist strikes from small arms have been recorded in the vicinity of ​​Mariinka, shellings from 120-mm mortars have been observed near Pisky, and 122-mm cannon artillery – near Opytne (a battery of insurgent D-30 howitzers.) 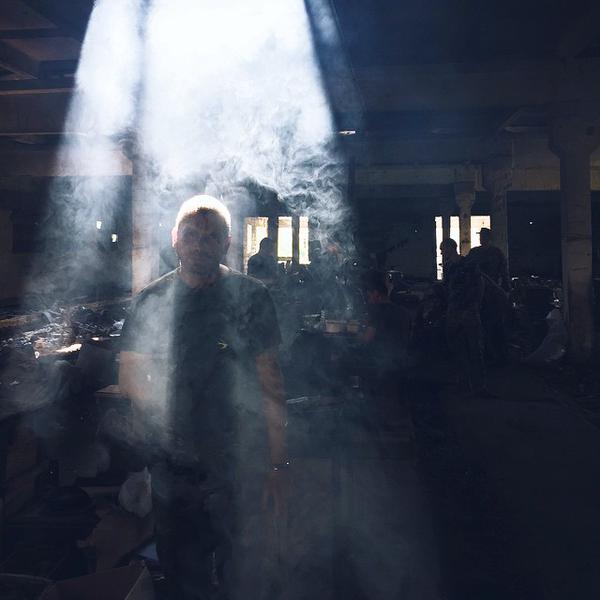 Enemy infantry firing groups operated near Kirove and Zolote using their old strategy – enter the “neutral line,” get closer to the forward positions of Ukrainian troops, shell [them], after retaliatory fire by ATO forces, retreat to the starting line (besides small arms, insurgents also used AGS-17 automatic grenade launchers in the vicinity of Zolote). An armed confrontation with an enemy sabotage and reconnaissance group has been observed near Vesela Dolyna.

During the past 24 hours, the active movement of insurgent vehicles has been recorded along the Luhansk – Donetsk highway, and along several major bypass roads. The most animated areas of insurgent vehicle movement were Donetsk, Luhansk, and their surrounding areas, the highway from Amvrosiivka towards Starobesheve and Ilovaisk, towards Telmanovo and further south towards Novoazovsk, Makiivka, Yenakijeve, as well as a segment from Alchevsk and Perevalsk towards Stakhanov and Pervomaisk. Insurgents actively use vehicles for rotation and transfer of manpower within Donetsk, Yasynuvata, and Horlivka.

• An accumulation of several gangs has been observed in the Petrovskyi district of Donetsk (the so-called “Battalions of the 5th Motorized Brigade of the DNR Armed Forces”), with 24 to 25 tanks assigned to them (several tanks are used as “roving” vehicles on the stretch from Mariinka to Shumy).

• In Donetsk, insurgents have organized the restoration, repair, and maintenance of armored vehicles at a number of city businesses. Repair kits and related parts have started to arrive en masse from the territory of the Russian Federation through Ilovaisk (earlier, their shortage has been felt acutely [by the terrorists]).

• Eight MLRS units and four D-30 howitzers have dissapperated from an insurgent equipment storage site south of Luhansk. At the moment, these weapons are actively used to shell in the directions of Lisichansk and Severodonetsk.

• Continued reinforcement of terrorist tactical groups with armored vehicles and manpower has been observed between Donetsk, Horlivka, and inside these towns. In particular, insurgents have reinforced their positions north of Yasynuvata with five tanks and three ACVs. The positions of armored vehicles are carefully masked.

• The transfer of an insurgent group of 55-60 people on three APCs and a BMP-2 (with multiple trucks) has been observed in the direction of Donetsk through Olenivka.

• Terrorist tank maneuvers have been recorded in the vicinity of Telmanove and Hranitne (three tanks were withdrawn from the fortified and camouflaged advanced positions deeper inside terrorist formations).

• The periodic movement of insurgent trailers with armored vehicles (mostly damaged and inoperable) has been observed from Luhansk towards Krasnodon and through Krasnyi Luch and Antratsyt towards Dolzhanskiy. Eight trailers have been recorded within the last 24 hours. Terrorists ceased to disguise these armored vehicles during transfers (the equipment is not even tarped).