Dmitry Tymchuk, Head of the Center for Military and Political Research, Coordinator of the Information Resistance group, Member of Parliament (People’s Front)
04.15.2015
Translated and edited by Voices of Ukraine

The military activity of Russian-terrorist troops in Donbas continues increasing. Over the last 24 hours, the most heated area was the Pisky – Avdiivka stretch (including the Donetsk Airport and Opytne). During the day, the positions of Ukrainian troops in the vicinity of Pisky were shelled 7 times, including 4 fire attacks from 120-mm mortars.

Additionally, the advanced positions of Ukrainian troops in this area were attacked by a group of terrorists supported by 4 armored vehicles. As a result of the firefight, the enemy lost 2 motor vehicles and 1 armored combat vehicle (MT-LB). During the clash, the enemy supported their unit with two ZU-23-2 anti-aircraft units and several mounted grenade launchers (AGS-17 “Plamya” [Flame]), in an attempt to suppress the defensive fire of the Ukrainian unit.

The insurgents are commonly using the following tactic in their attacks: a group of 10-15 insurgents (less frequently, 25-30), supported by 1-2 mortar details operating 120-mm or 82-mm mortars (sometimes also supported with 2-4 armored vehicles), makes a concealed approach to the advanced positions of Ukrainian troops to reach the effective range, and delivers a brief fire strike. In these “raids,” the terrorists, in addition to small arms, are armed with heavy machine guns and mounted grenade launchers, which they are using in an attempt to quickly create fire superiority and suppress the retaliatory actions of Ukrainian units, which are mounting a defense at the advanced positions. Less commonly, the attacks use 2-3 groups, one of which is always employed for cover or fire suppression of the enemy. 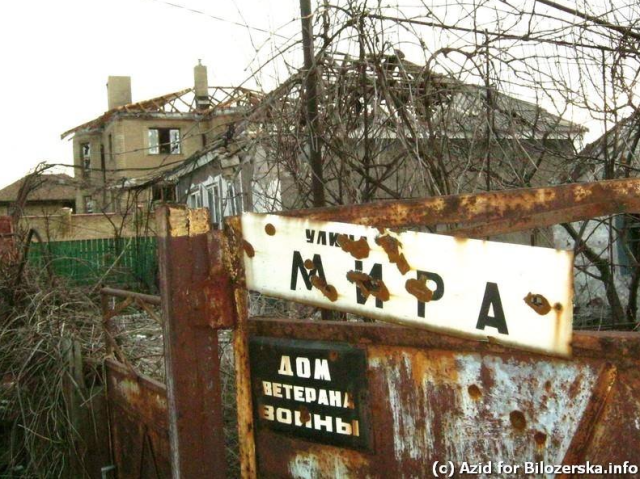 During the last 24 hours, we observed 27 transport vehicles moving through the ATO zone (including 9 vehicles moving individually). The supply traffic mainly follows the “northern” route (11 units) – past Debaltseve, from Luhansk and through Alchevsk, in the direction of Yenakijeve and Horlivka. Two more convoys drove towards Starobesheve (through Amvrosiivka) and Snizhne.

The following movements of personnel and combat equipment were observed:

– 7 tanks (including 2 tanks repaired after battles in Debaltseve) arrived in Donetsk through Makiivka. The convoy was escorted by two BMP-2 infantry fighting vehicles.

– The insurgents are carrying out active construction work near Telmanove. 4 armored vehicles (three BMP-2 and one MT-LB) were transferred to this area.